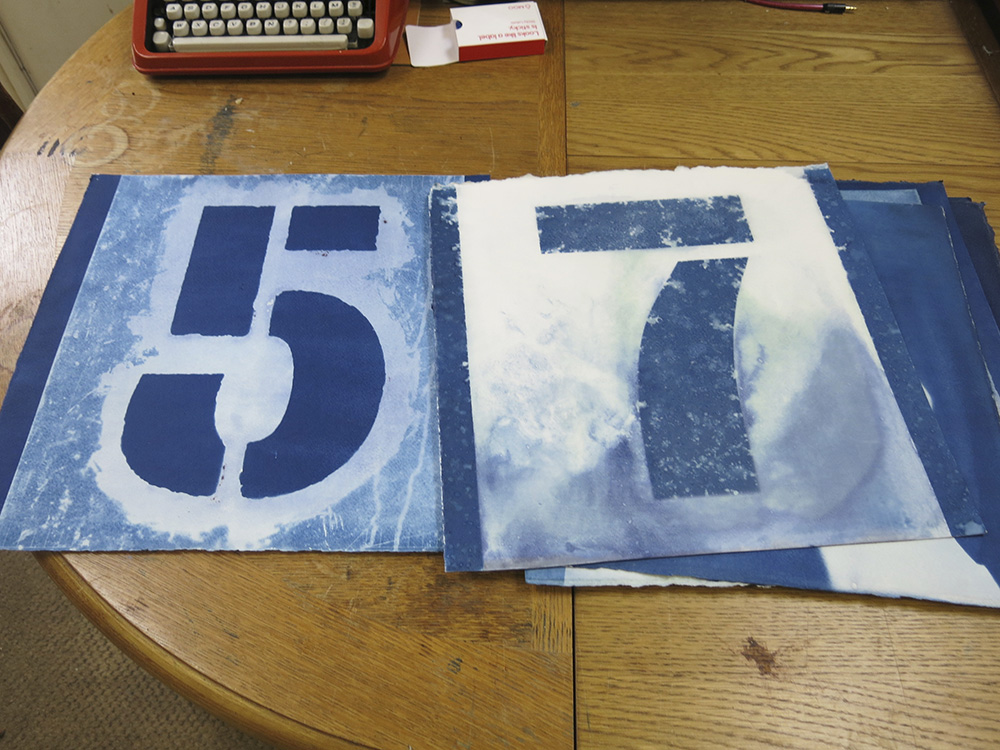 Contrary to the media portrayal of older people, not all are sitting at home feeling lonely. This is just as well, because according to Age UK, there are now around 14.7 million over-60s in the country – that’s nearly 23% of the population. It is predicted that the number aged 65 and over will rise by 278,000 a year until 2037. Fortunately, many find they have more time to pursue hobbies in old age, some undergoing a ‘retirement renaissance,’ or a complete career change.

With this in mind, in a twist on its annual Bright Young Things initiative, Selfridges has decided to celebrate Bright Old Things, through a series of window displays created by fourteen artists, designers, musicians and entrepreneurs aged from their late-40s to their mid-80s. Some are names you will probably have heard of – the incorrigible Molly Parkin, one time Fashion Editor at the Sunday Times and now a talented artist of 82, for instance. Others are relative unknowns, like retired accountant, Roger Miles, whose Resonate/Generate project was featured in a previous Visuology post. 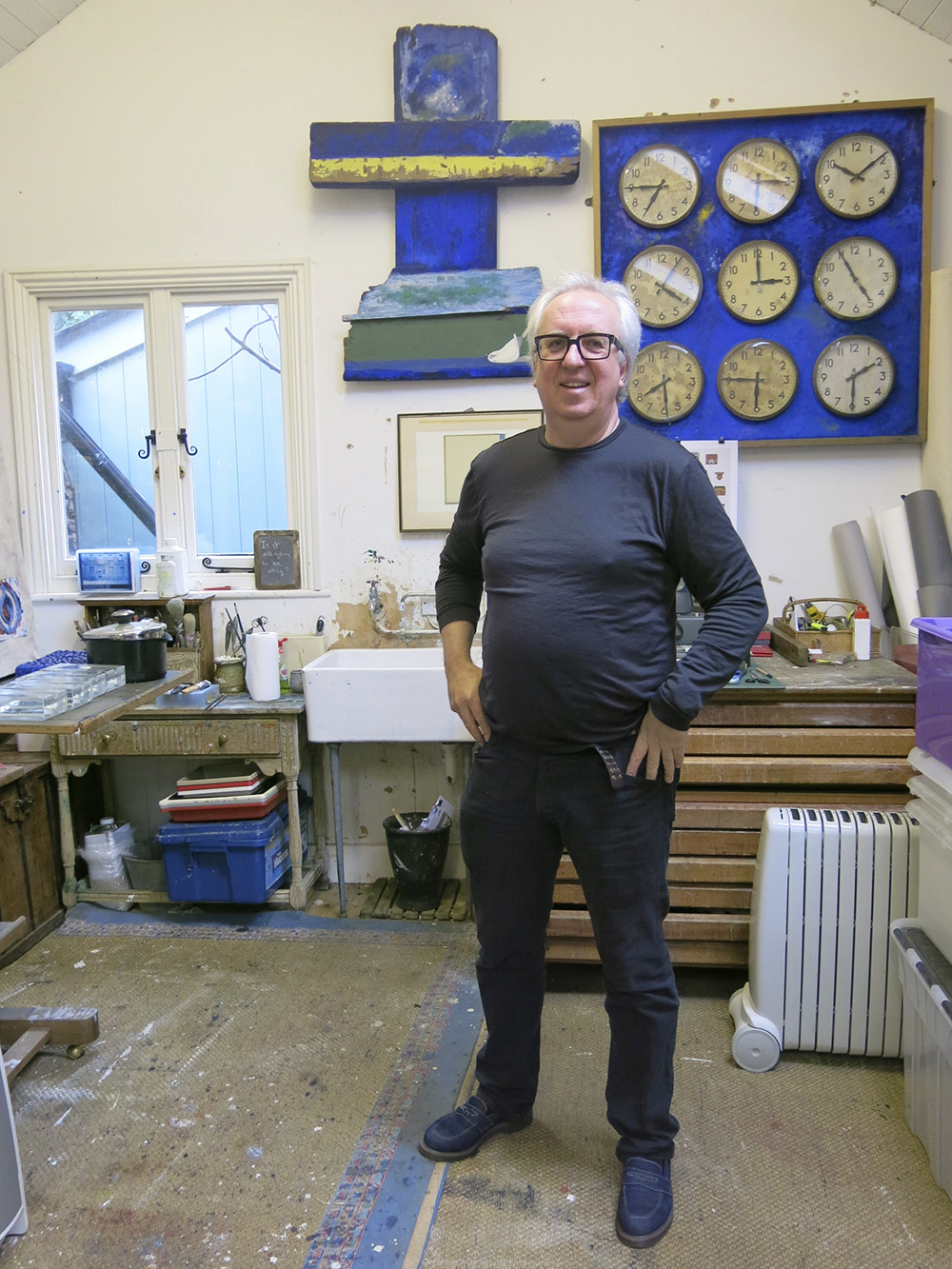 This isn’t the first time Roger has worked for Selfridges. Over Christmas 1975, he spent four weeks as a shop assistant in the bedspread department. He had just started his accounting degree, “Bohemian Rhapsody was at No.1 and the UK was almost bankrupt.” When he wasn’t checking underneath beds for IRA bombs, he was trying hard to convince customers to switch from bedspreads to the “new-fangled” duvet from Scandinavia. He says he was “lost in music, cars, girls, and to some extent, accountancy studies,” the latter leading to a 32 year career with Deloitte.

Then, at the age of 40, “in the days before life coaches,” Roger met life coach Bill Sykes, who suggested he start painting. Roger embarked upon his foundation degree at the age of 52 and now, at the age of 57, with a first class BA from Chelsea College of Art under his belt, he is returning to Selfridges “more experienced, though none the wiser about tog values.” Roger says he was treated with reverence by his younger colleagues at Chelsea – almost as if he were a quasi-tutor. In fact the Japanese students, with their culture of respect for elders, referred to him as ‘professor.’ 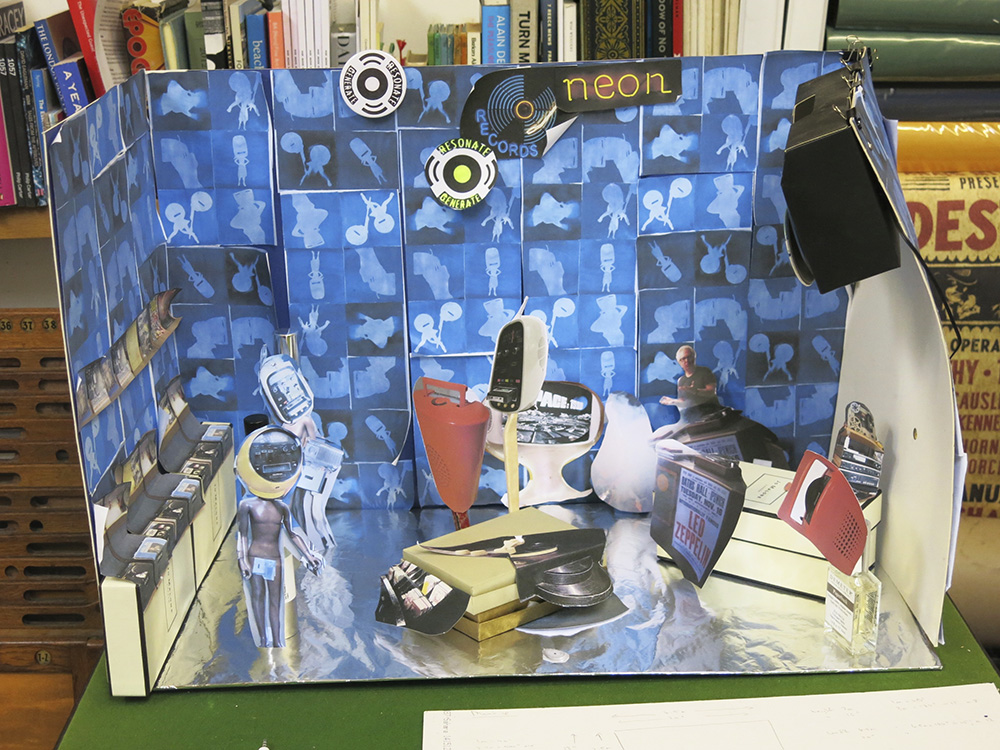 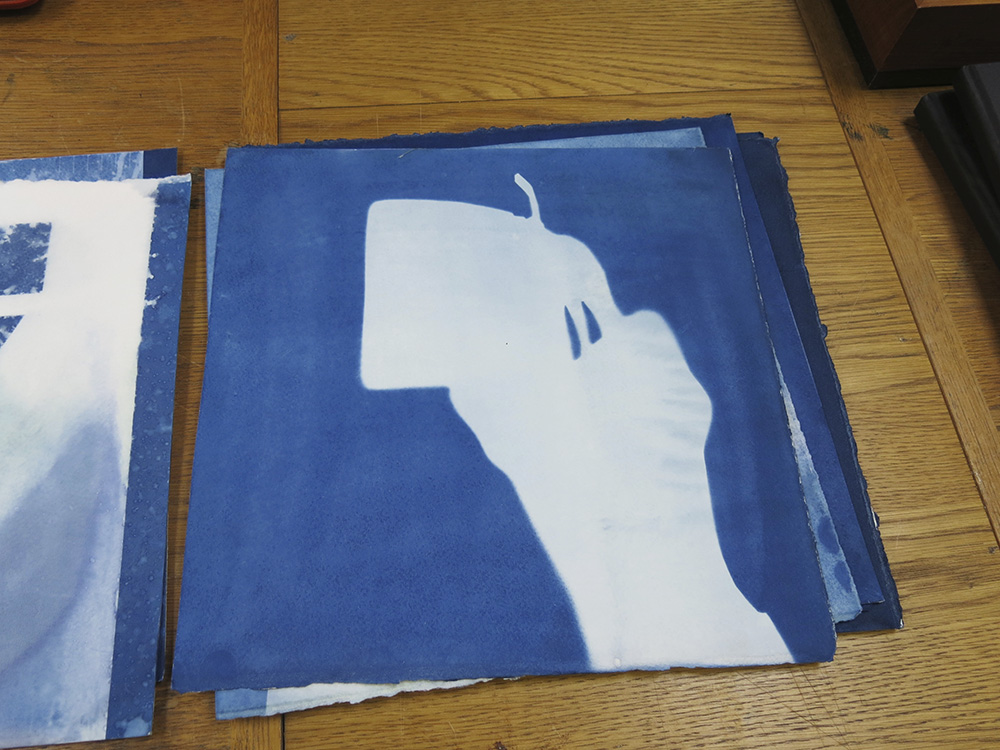 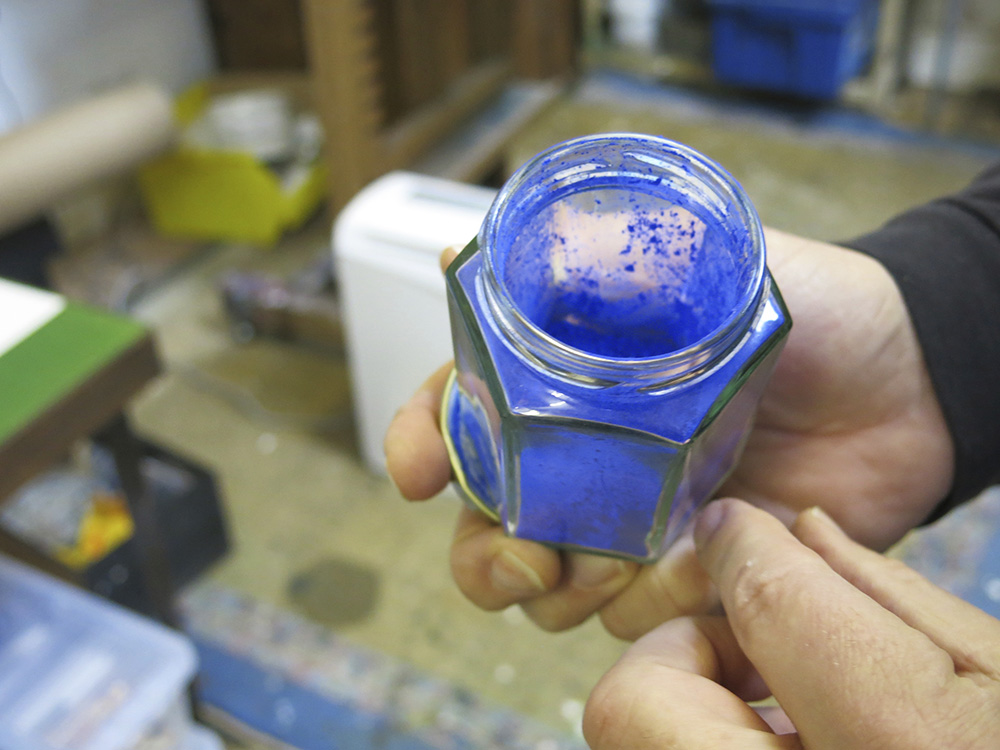 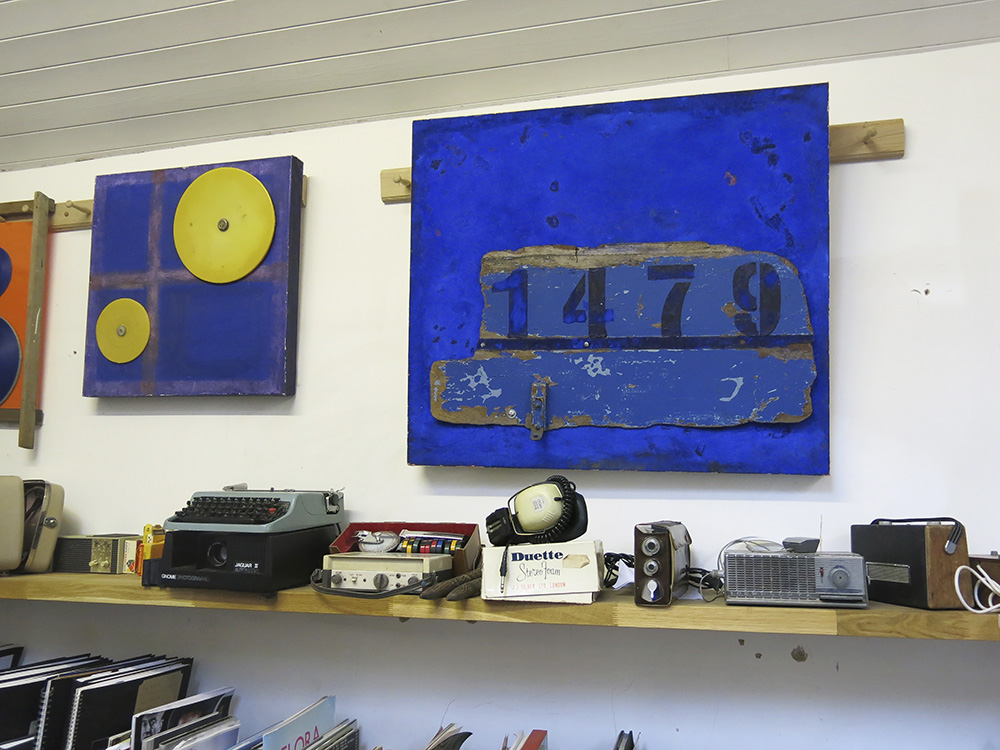 Roger’s window at Selfridges (a mock-up of which can be seen above) is inspired by his love of found objects and recycled consumer goods, including vinyl records, tapes, picture frames, wood from the beach, and the sort of stuff that’s usually headed for landfill. The window will include 120 cyanotype prints based on 1970s album covers, and mannequins with analogue gadgets as their heads. He describes his art practice as “collecting, memorializing, petrifying, cannibalizing and recording,” through sculpture, installations and printmaking, incorporating found objects and their histories. 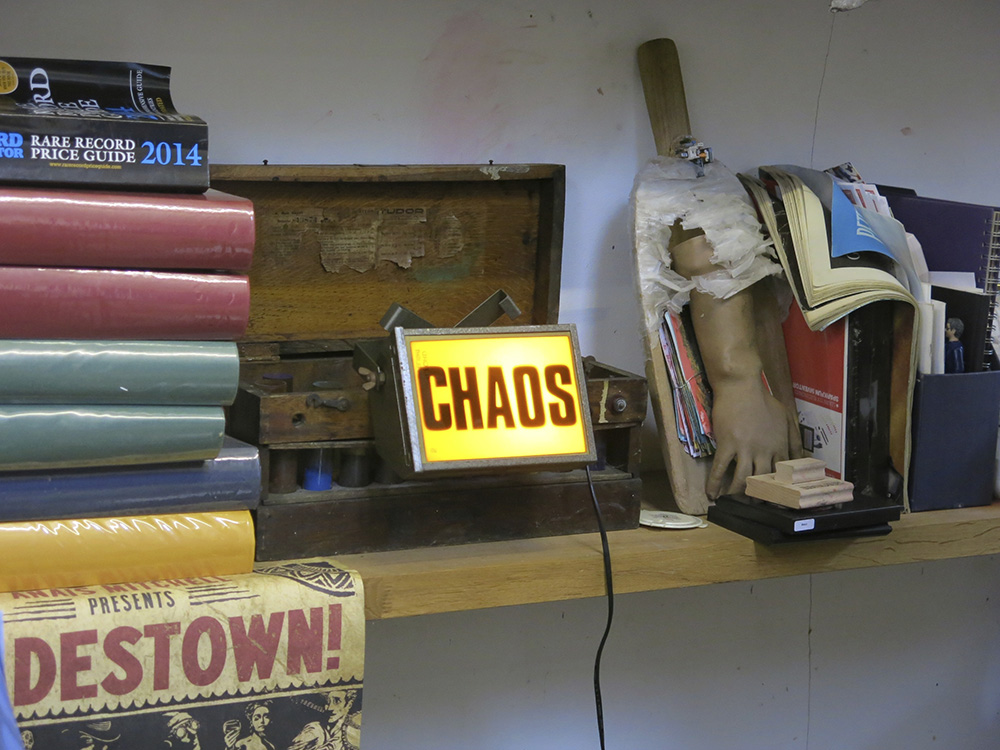 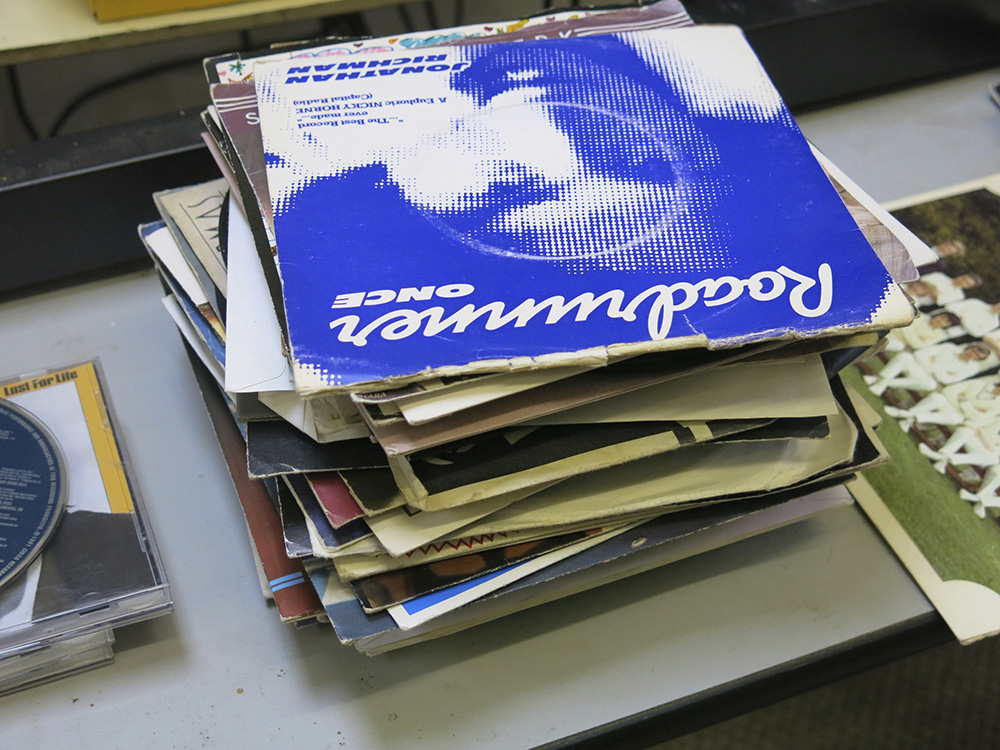 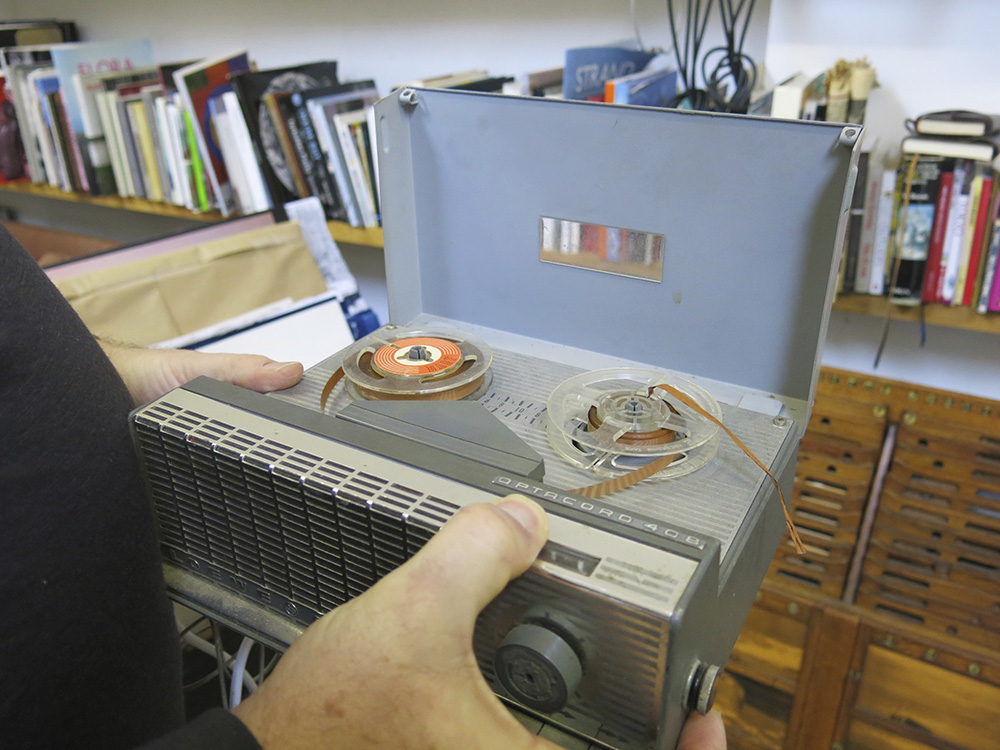 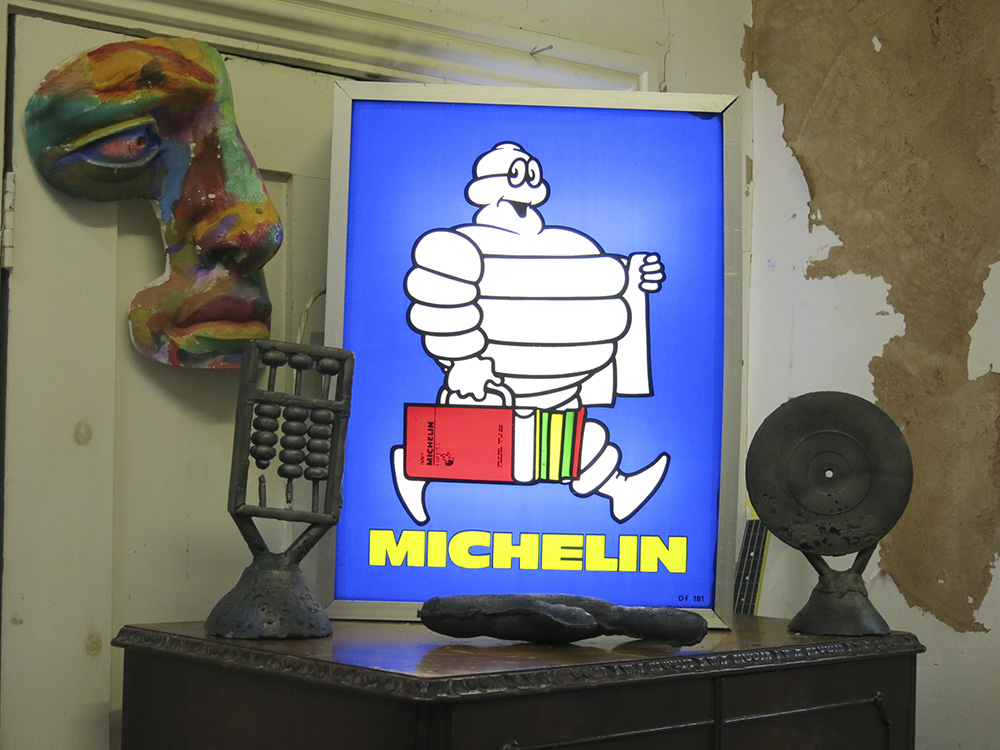 His home bears the hallmarks of a hoarder of old stuff. His studio is a treasure trove of nostalgic finds, and a shepherd’s hut at the end of the garden houses more of his precious ephemera, together with a small piece of a Russian spacecraft found in Tobago Cays. Even his spectacles are made (by Vinylize) from East European vinyl records. 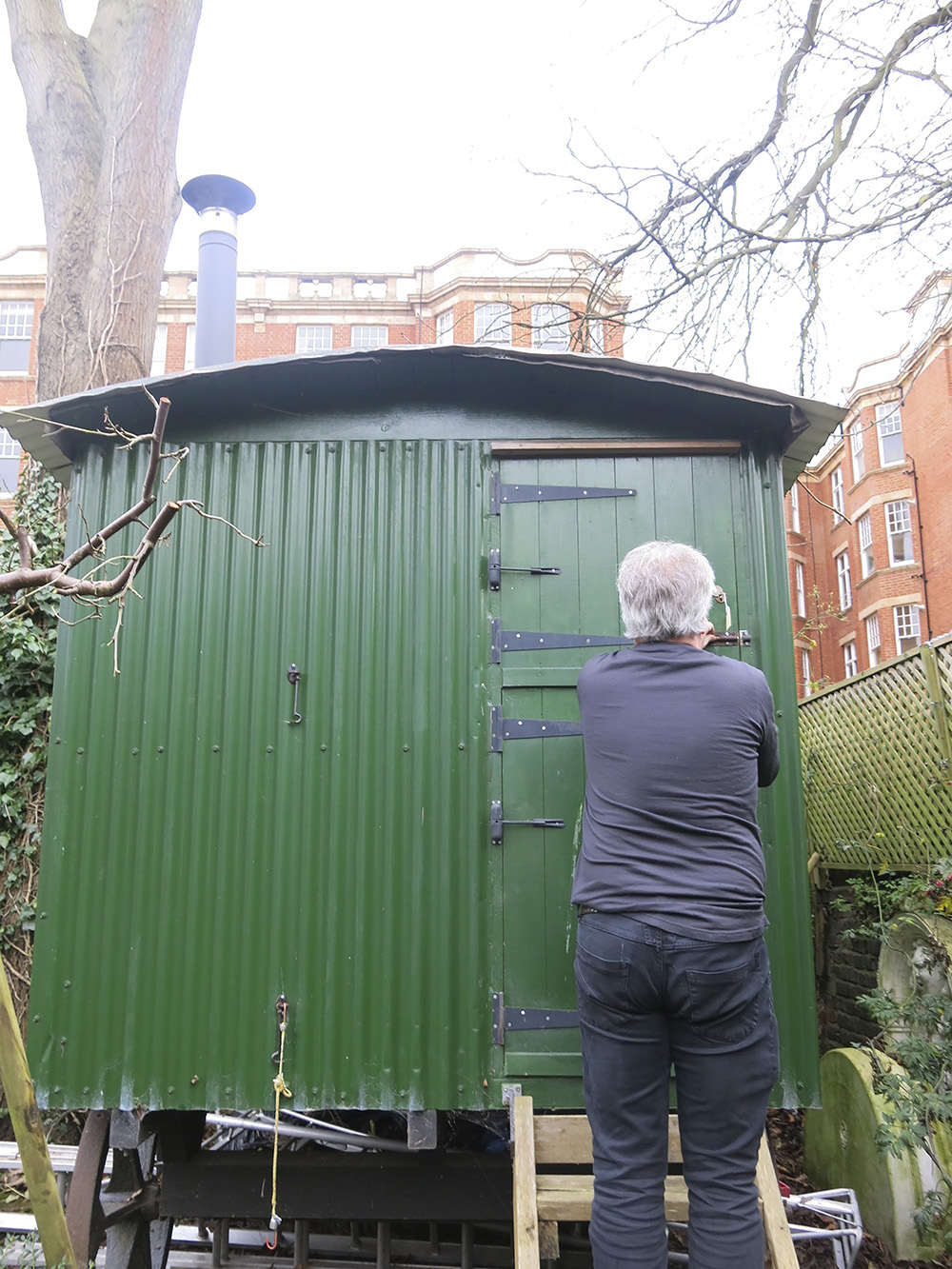 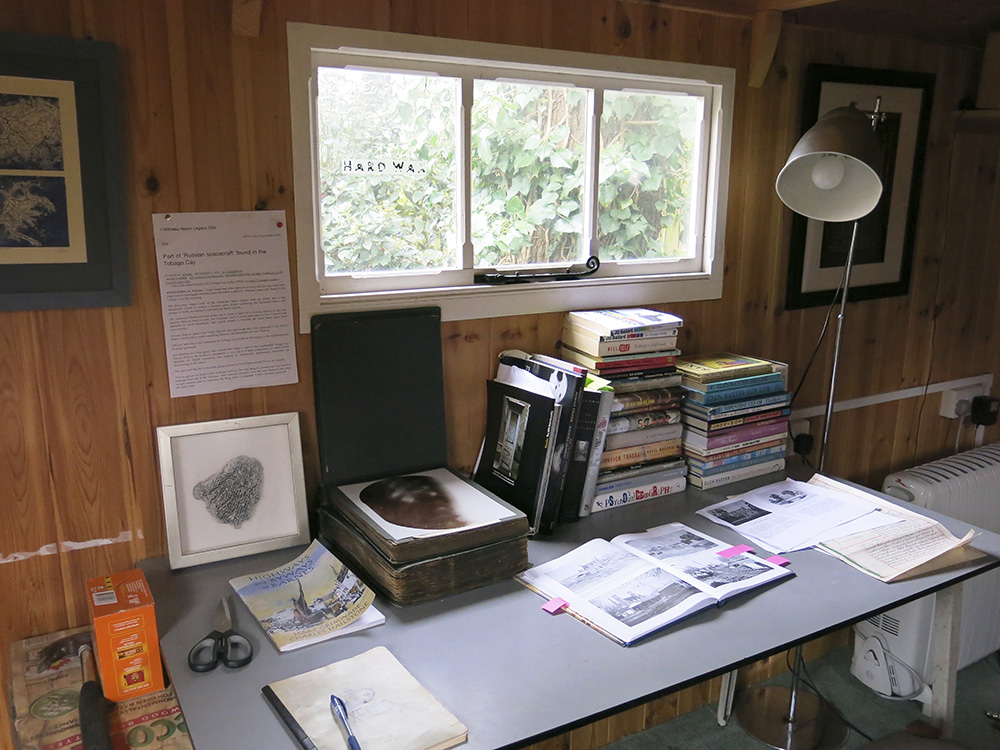 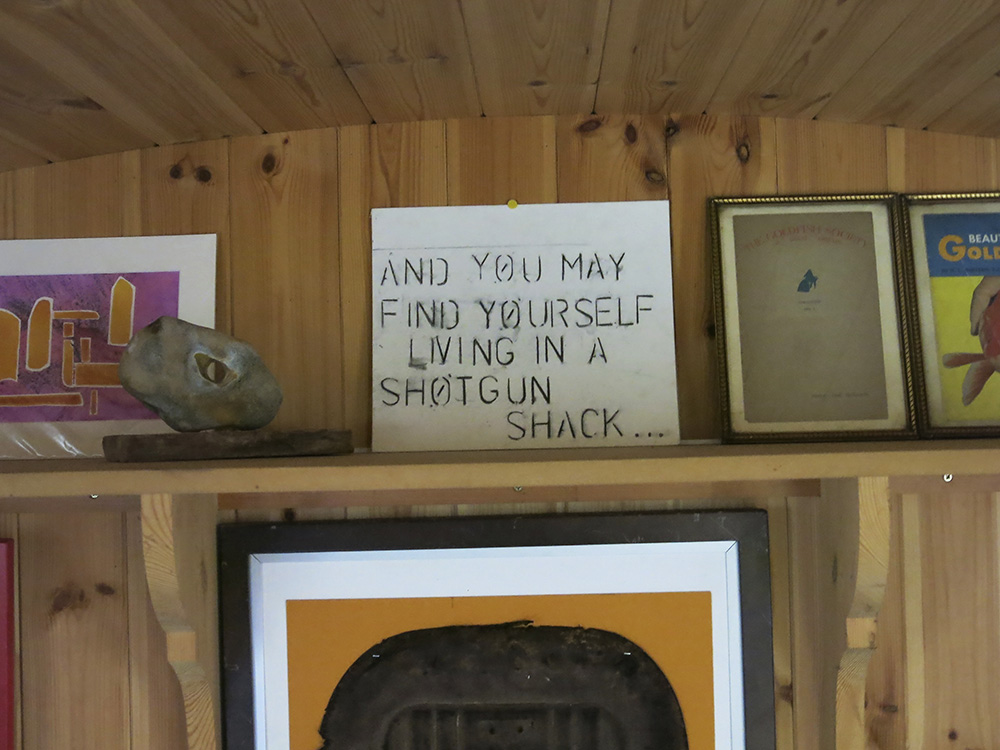 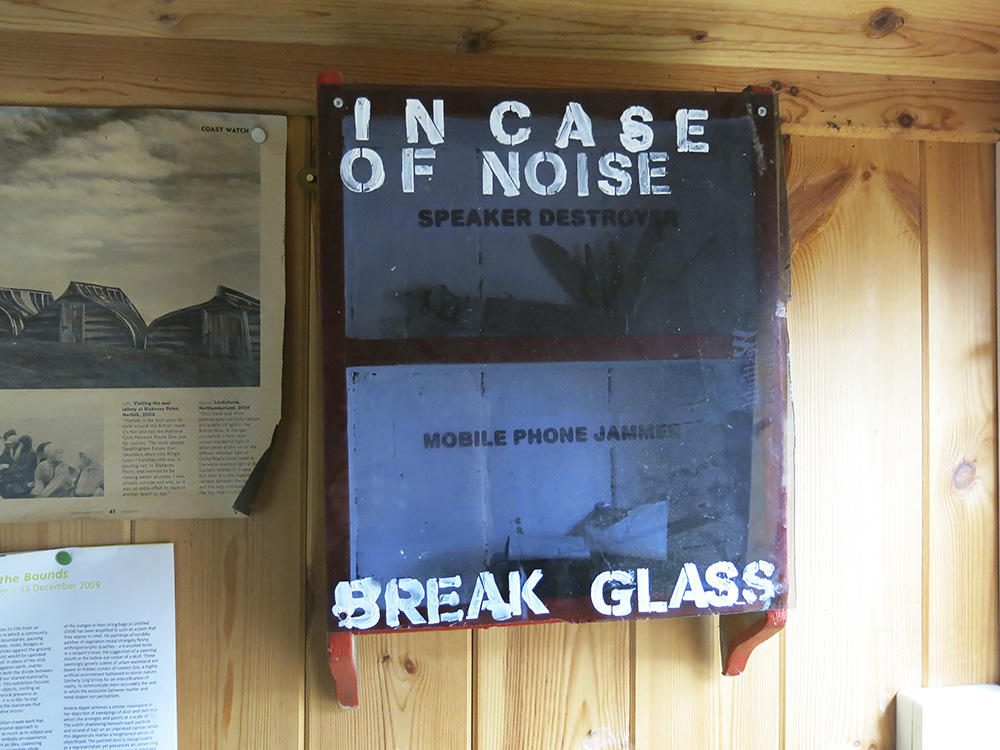 What does Roger think about ageing? He hoped he would be less stressed, but that doesn’t seem to be the case, though he feels he is getting closer to a solution. He’s not too impressed by people who try to retain their youthful looks by way of plastic surgery. He has “always had creases” in his face. He is disturbed by what he sees at the Frieze Art Fair, where, “there are so many plastic surgery faces… the people look unwell.” He is also dismayed that older people are increasingly being left out of key roles, in politics, for example – and the potential cost of overlooking such a vast reservoir of experience.

But Roger has no plans to enter politics. He is happy with his new career, plus non-executive roles at The Royal College of Art and The Conservatoire for Dance and Drama. After Selfridges, he looks forward to a residency at the Proportion mannequin factory in Walthamstow. Meantime, Selfridges has planned a number of happenings to celebrate the creativity of the Bright Old Things, a special programme of events for London Collections: Men, and a sale of selected products – including some of Roger’s cyanotype prints and unique recycled artworks. 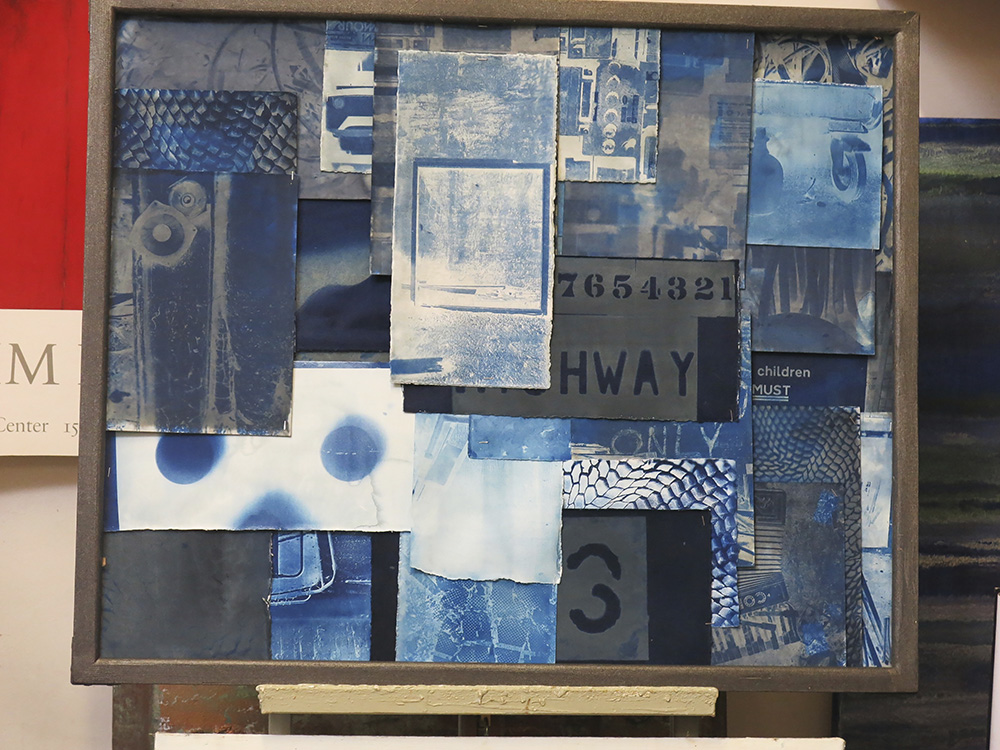 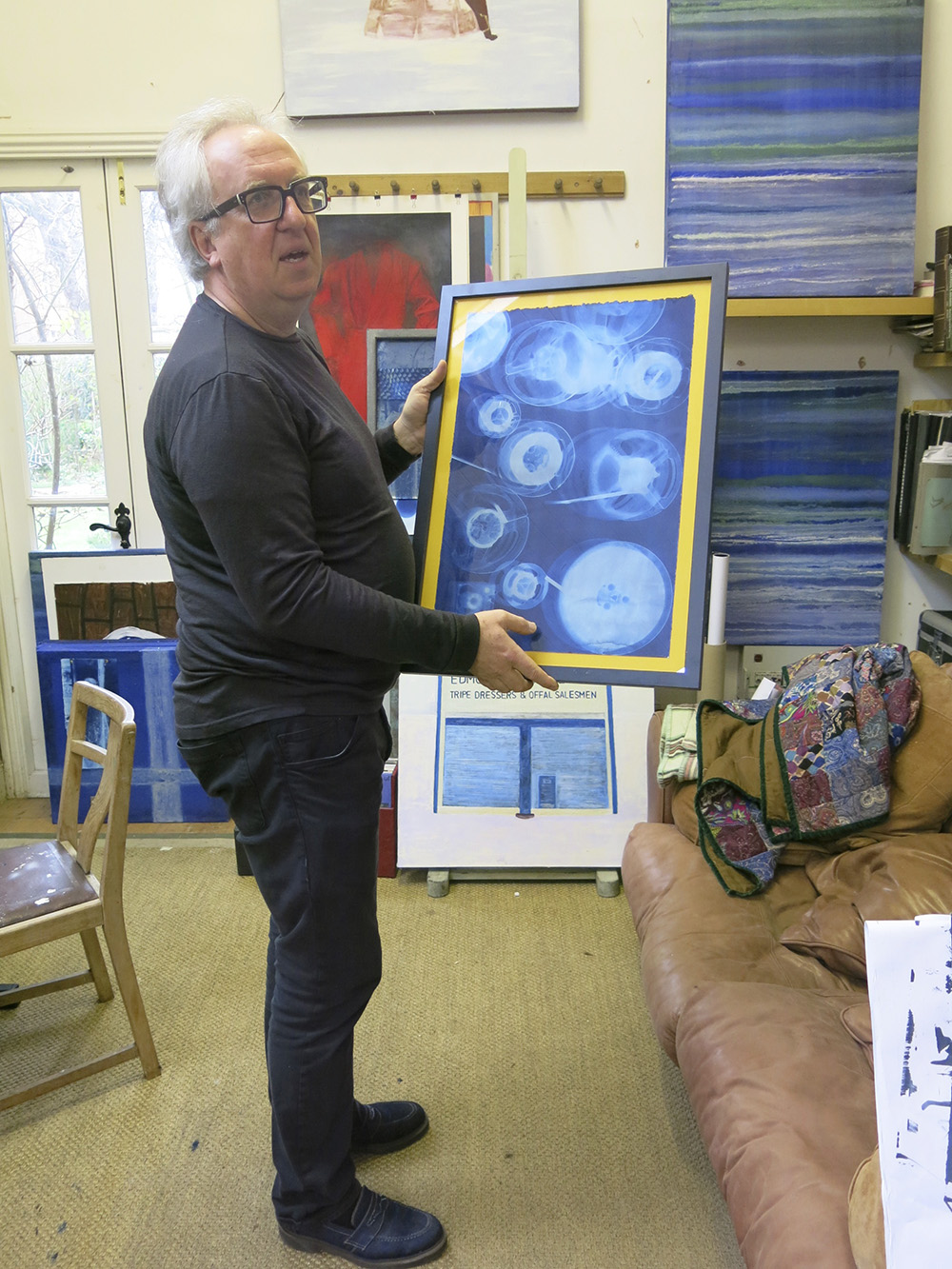 The Bright Old Things’ windows can be seen at Selfridges from 8th January.