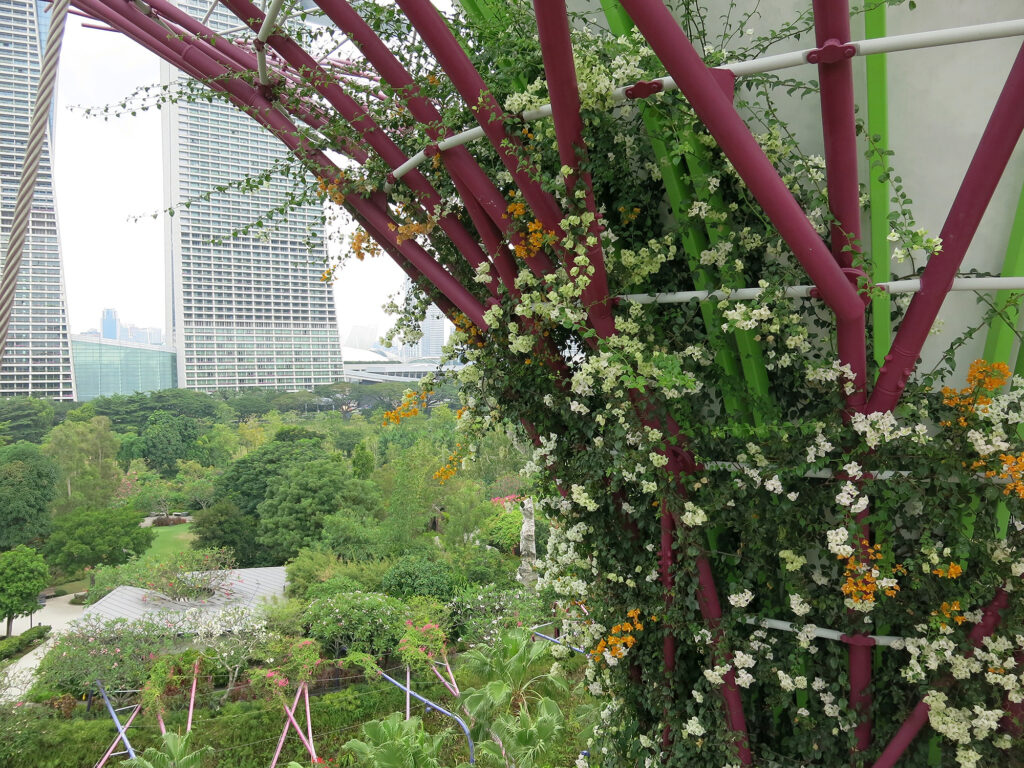 In the Middle Ages, when everyone trusted in god, they also believed that nature was alive. The existence of “Mother Earth” proposed by Aristotle, as interpreted by St Thomas Aquinas, was taught in universities. Animals and plants were believed to have souls, the Latin word for soul being “anima”. The scientific revolution starting in the 18th century replaced these beliefs with a different world-view, dominated by rationality and machines. We are now entering a phase when the concept of animism is increasingly being explored, not just by artists, designers and writers, but also by scientists.

In the cycle of life, everything is connected. Trees provide us with oxygen, food, fibres for clothing, medicines and construction materials. They improve air quality, conserve water, and combat climate change, water pollution and soil erosion. The complexity of trees’ underground network and symbiotic relationship with fungi is only just being uncovered. Scientists have discovered that the fungal network connecting all the trees in a wood together enables the sharing of information about water availability and insect infestations, and possibly enables the transfer of food between evergreen and deciduous species. This has even been nicknamed “the wood-wide-web.” 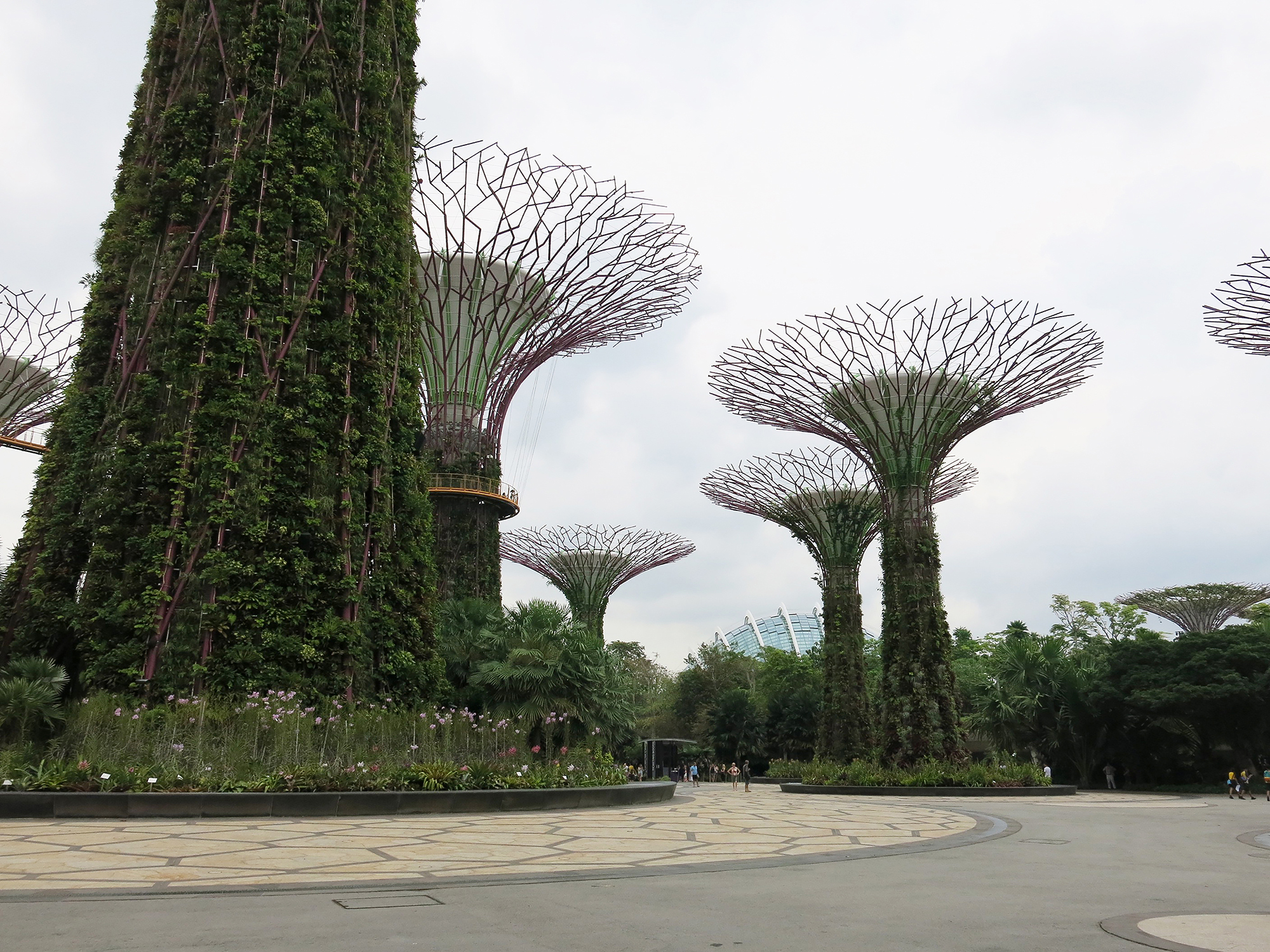 In ancient theology a tree was a symbol of the world, with its branches reaching from the pit of Tartaros to the heavens, producing fruit from the waters and minerals of the earth, and the power of the sun. Nearly every religion has its symbolic tree – from the Christian Tree of Knowledge and the Quranic Tree of Immmortality, to the Hindu Eternal Banyan Tree and the Buddhist Bodhi tree. Even pre-relgious cultures such as the ancient Assyrians, Persians and Egyptians valued the transcendental powers of trees.

The ash tree, noted for its long life span, was adopted by the Scandinavians to represent Yggdrasil – the “universal system” described in Norse mythology via the Eddic poems. The Baobab, which can live for thousands of years, is referred to as Africa’s tree of life. Animals feed on its leaves, flowers and fruit – and it is used to make food, clothing, medicines and other useful products such as rope. Because of its large size, the Baobab tree can also be used as shelter for animals and humans, and is thought to create peace and harmony between communities in the African savannah.

Trees have long been considered to be receptacles of the earth spirit – especially isolated, unusually shaped or gnarled trees – or those on sites known to be have been sanctified. News of Prince Charles talking to plants became a source of amusement in the UK press, but “throughout the greater part of history, trees were considered the most respectable and enlightening companions, and it was the custom to ask their advice on the highest matters of state.” This was certainly the case with the Greeks, who consulted Apollo’s laurel at Delphi and the oak of Zeus at Dodona. Meanwhile, Druid priests were intimate with the oracular oak, and the warning voice of Vesta saved Rome from attack by the Gauls. Later, however, Joan of Arc, inspired by the prophetic voices of tree spirits, was burned at the stake.

This article was originally written in as an introduction to Visuology Issue 5 (S/S 2017) Section I (Making), which took inspiration from trees and their interpretation by artists, designers, craftsmen and women from around the world. 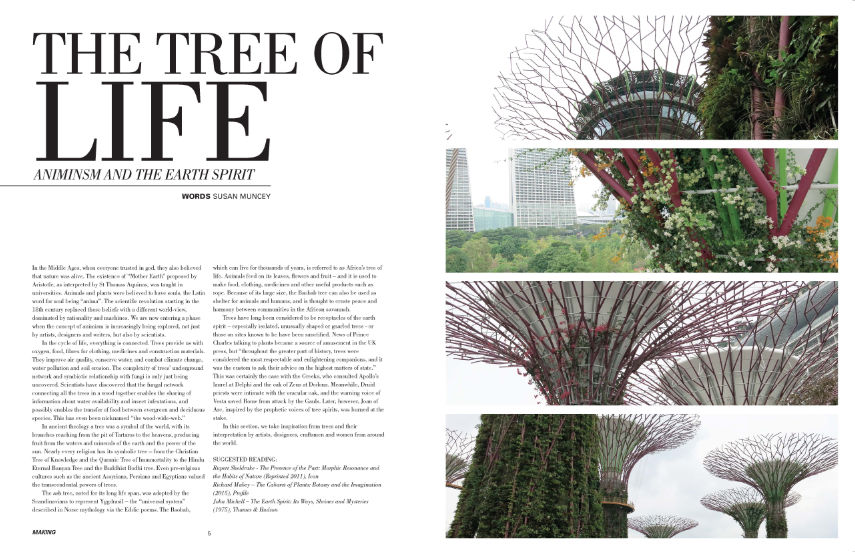 ‘Supertrees’ at the Gardens by the Bay in Singapore, conceived as a beacon of clean, green design. The gardens are inspired by the cycles of nature. A sustainable ecosystem has been created between glasshouse biomes and the Supertrees.

Richard Mabey, (2015). The Cabaret of Plants: Botany and the Imagination. Profile.

Rupert Sheldrake, (Reprinted 2011). The Presence of the Past: Morphic Resonance and the Habits of Nature. Icon.