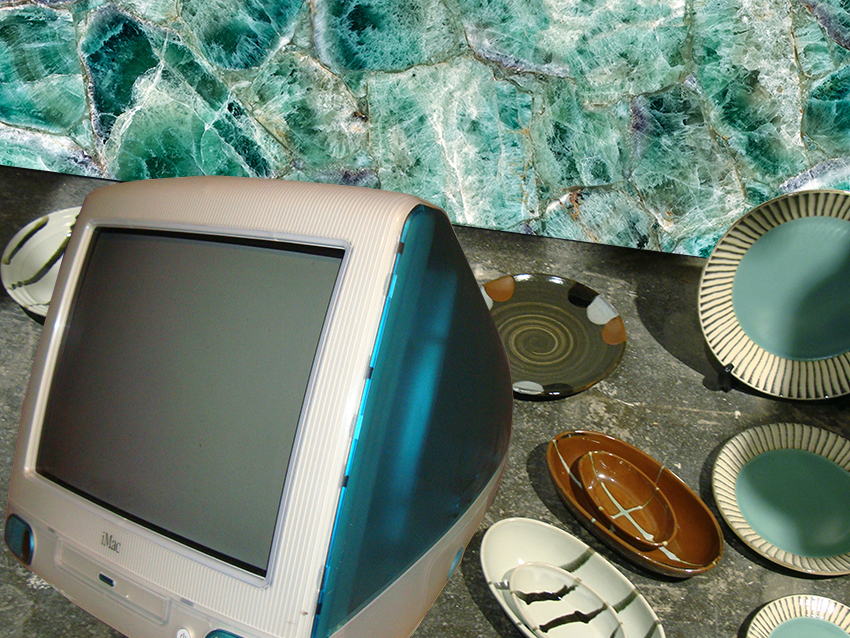 New technology has the potential to revolutionize our lives for the better, but is overly dependent upon readily available power. We’ve mentioned the likelihood of future power outages in previous Visuology posts. Only when we can obtain power from a reliable source (that does not require oil, gas, electricity or water) will we be able to relax and not worry that the fruits of our online labour may, one day, simply disappear into the ether.  And this is also after we have eliminated other threats such as warfare, cyber-terrorism, global pandemics, climate change and exploding sunspots.

Old technology isn’t necessarily more energy efficient, though. But it is surely a bonus to save anything from landfill? However cool or uncool recycled low-tech stuff looks, this was sort of the idea behind artist Roger Miles’s two-month residency at the London Borough of Richmond-Upon-Thames’s Townmead Recycling and Re-Use Centre in 2013. During this time he reclaimed all sorts of items, including an old speedboat trailer, a working piano, a vintage accordion and boxes filled with documents relating to people’s lives. He transformed the found objects into sculpture, installations, cyanotype prints and film. 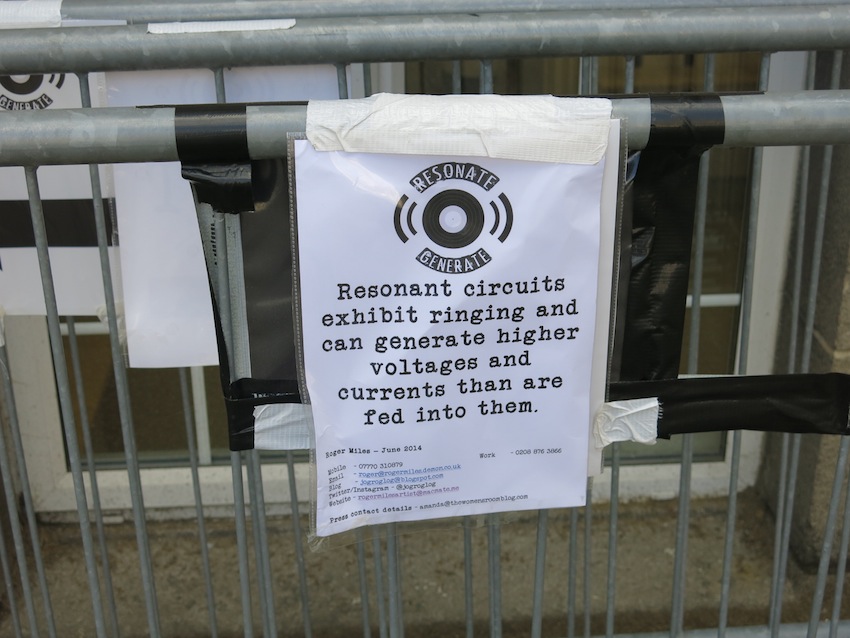 This made him wonder which objects most resonated with his own memories and best reflected his earlier life. He felt these could generate new work. In particular, he found himself drawn to 1970s vinyl records and hi-tech devices of that era, such as reel-to-reel tape recorders, radios and typewriters. Miles’s Resonate/Generate Installation (shown here in the grounds of Chelsea College of Art) is his fantasy writ large: A mobile library-cum-record store filled with contents from the 1970s – and a memorial to his formative years. 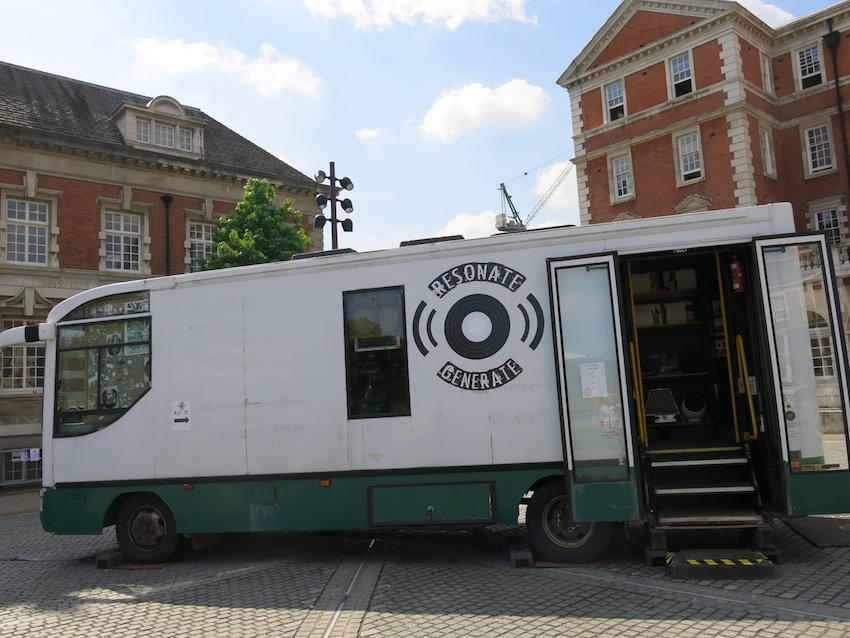 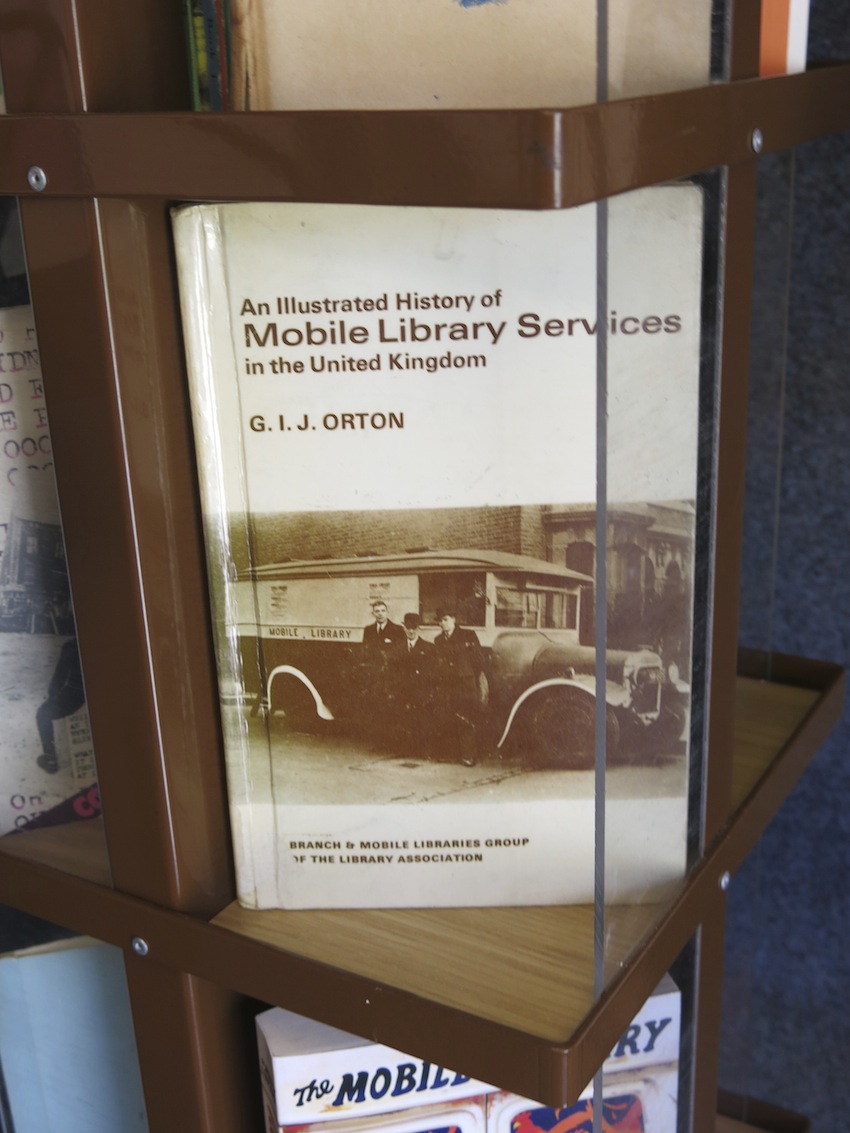 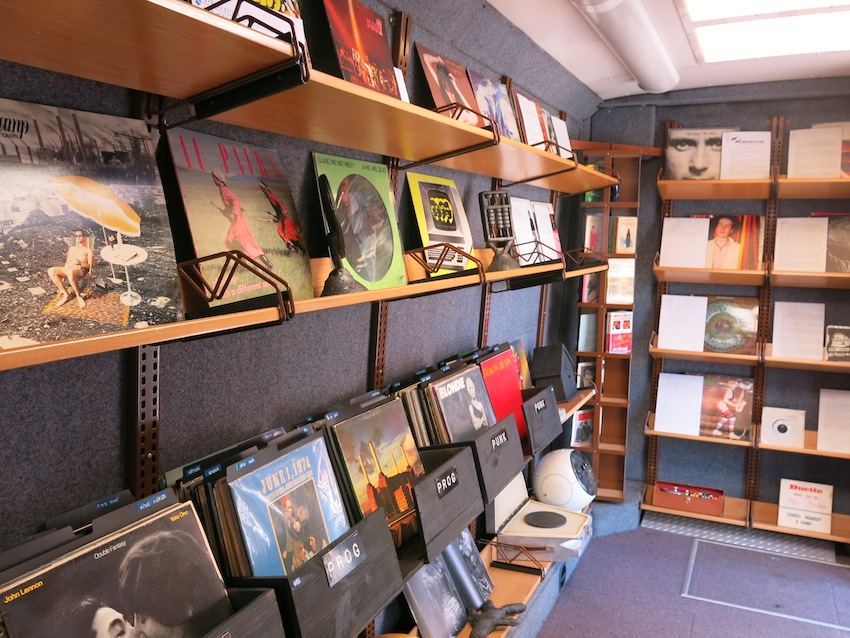 “The ‘70s were an extraordinary time in terms of political change, as well as rock music innovation, especially and progressive punk rock,” he explains. But the country was also in trouble and “teetered on the edge of bankruptcy – people were struggling with a failing education system and soaring energy bills, and a fractured society was facing up to the big issues such as immigration, devolution and the fallout form the striking unions fighting for fair pay… On a brighter note, though, the first steps were being taken on the road to racial, gender and sexual equality.” 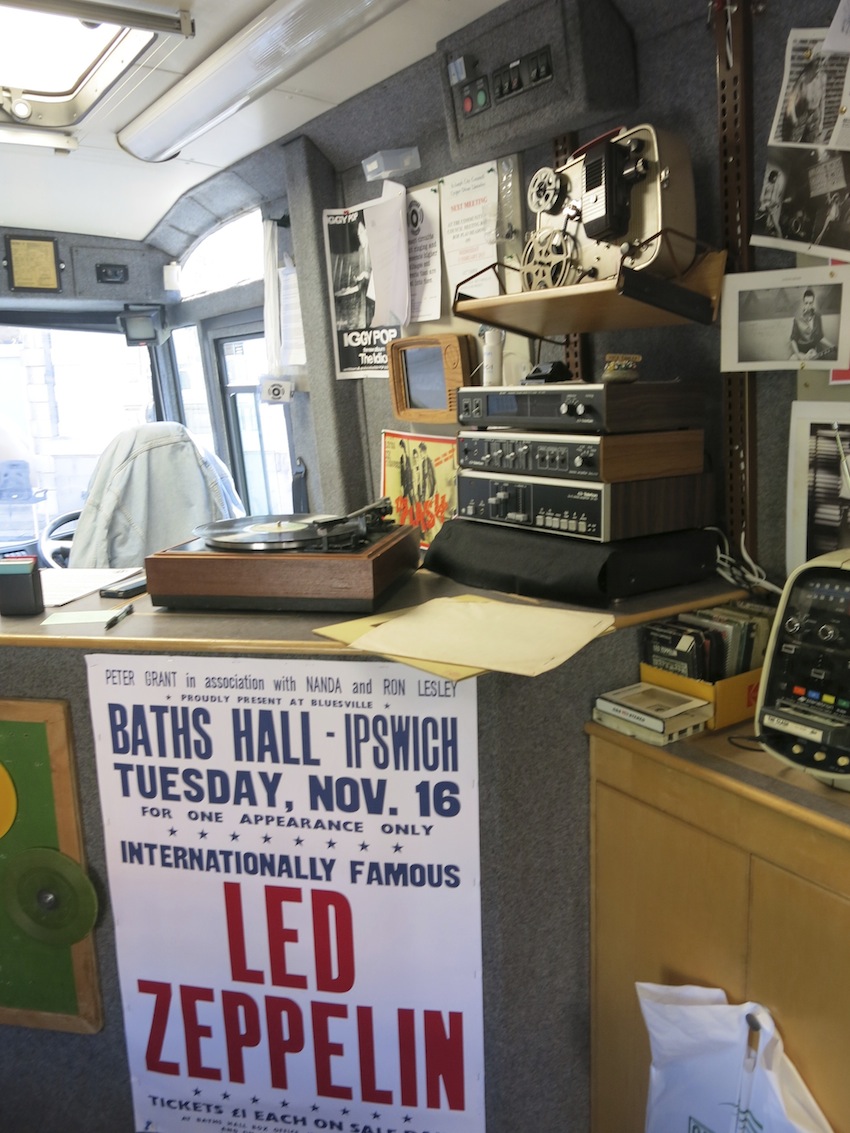 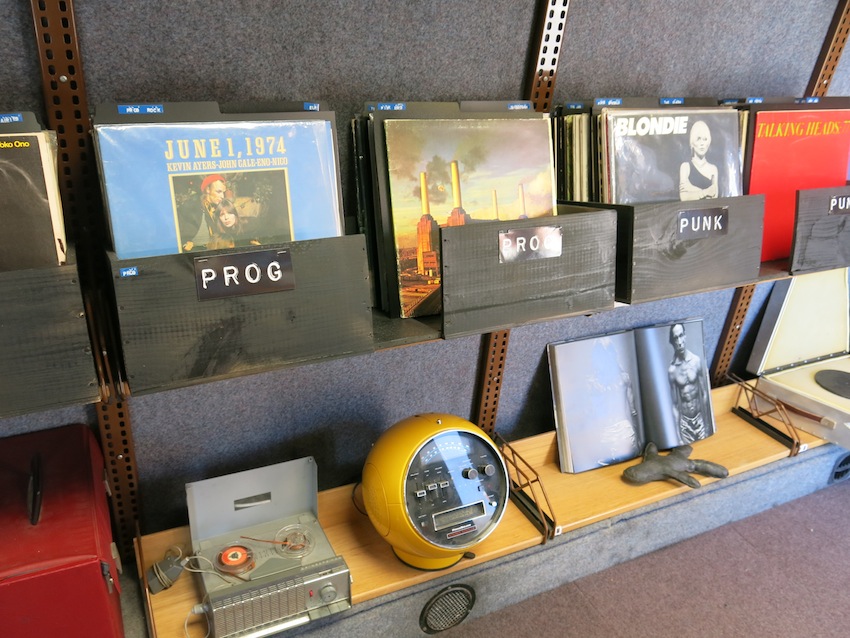 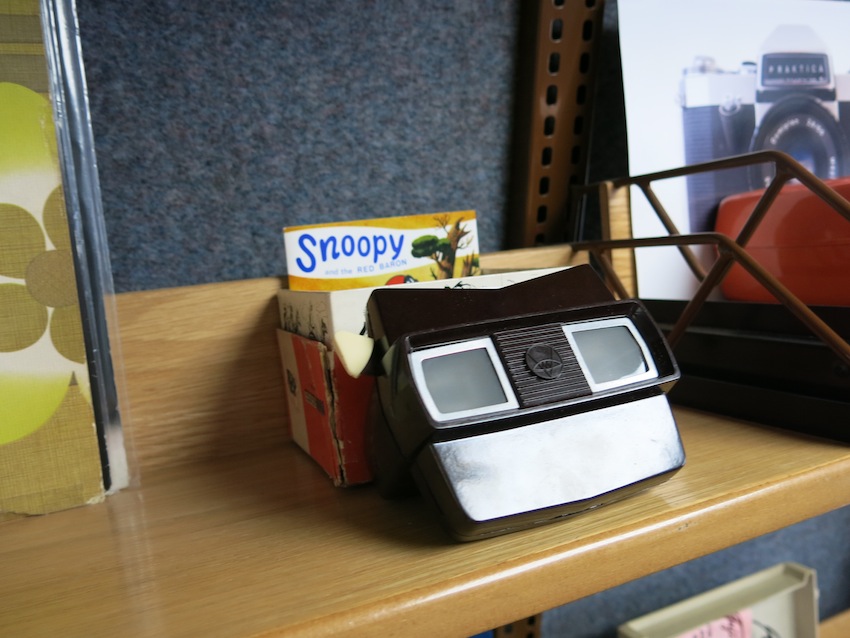 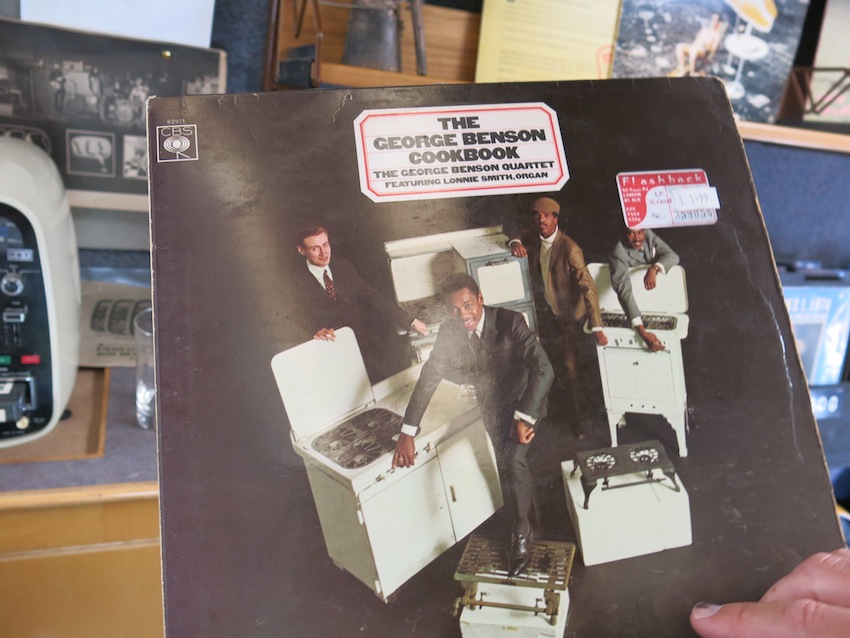 Miles wanted to illustrate how similar the issues facing the UK today are to those of the 70s – and in some cases how little progress has been made towards dealing with them. He also wanted to shed light on how inspiration from analogue artefacts is still feeding through into music, art and culture. 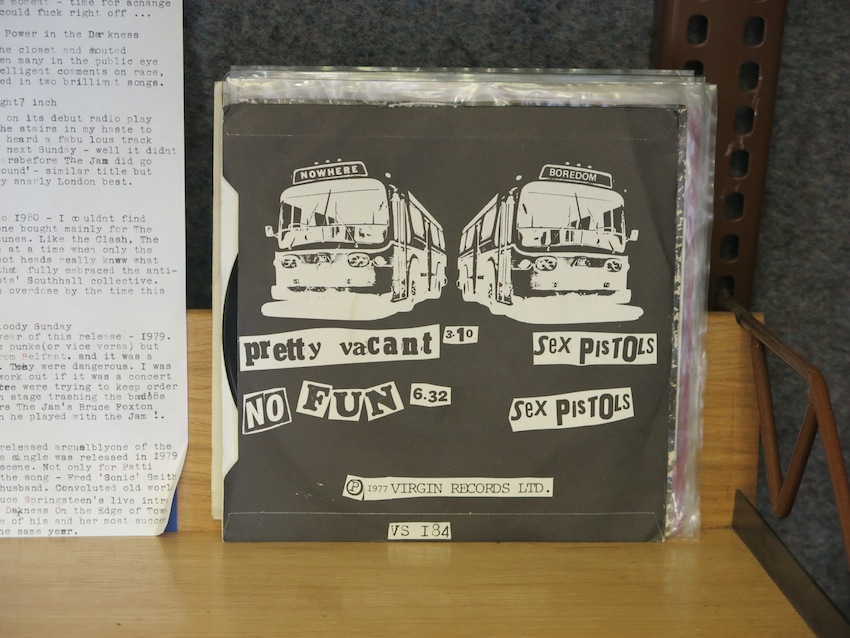 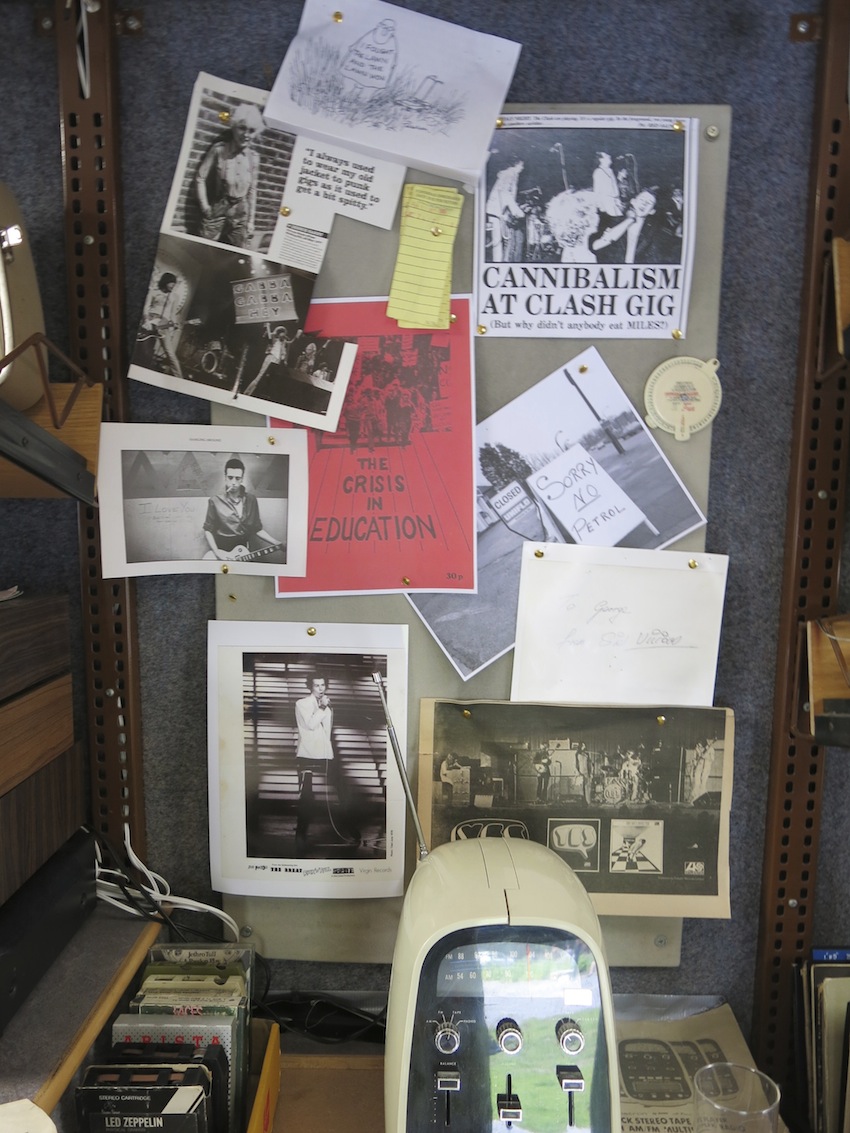 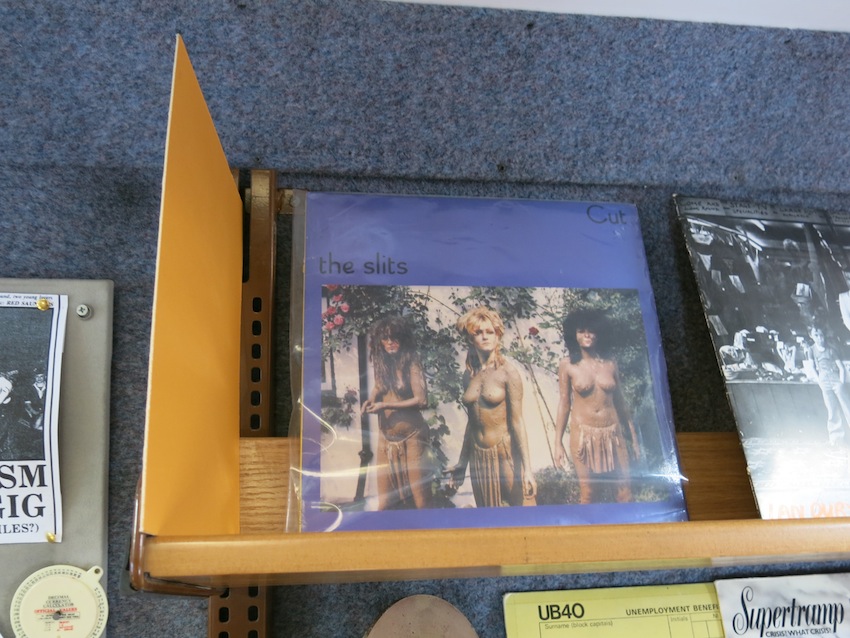 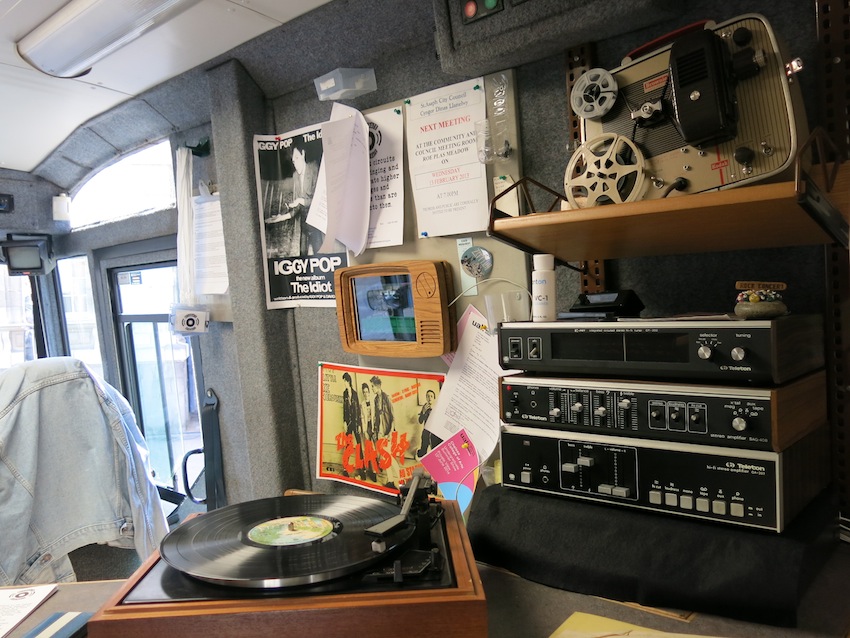 A sense of nostalgia has permeated fashion and design for the past couple of decades. Perhaps we should also consider the future of today’s cult objects, which are often created with the intention of being ‘disposable.’  Do we want to preserve them ‘museum-of-me’ style, or turn them into something more useful – doorstops, wall cladding or even fuel perhaps? We may want to address this issue, before we suffocate under a mountain of mass-produced digital junk.

Read more about analogue trends in articles by our Editor here and here.

(Image above top from Visuology Issue 1 – refer to magazine for full design credits).

One Comment on “Resonate/Generate: Recycling Our Past for the Future”

[…] With this in mind, in a twist on its annual Bright Young Things initiative, Selfridges has decided to celebrate Bright Old Things, through a series of window displays created by fourteen artists, designers, musicians and entrepreneurs aged from their late-40s to their mid-80s. Some are names you will probably have heard of – the incorrigible Molly Parkin, one time Fashion Editor at the Sunday Times and now a talented artist of 82, for instance. Others are relative unknowns, like retired accountant, Roger Miles (who also featured in the Resonate/Generate project). […]