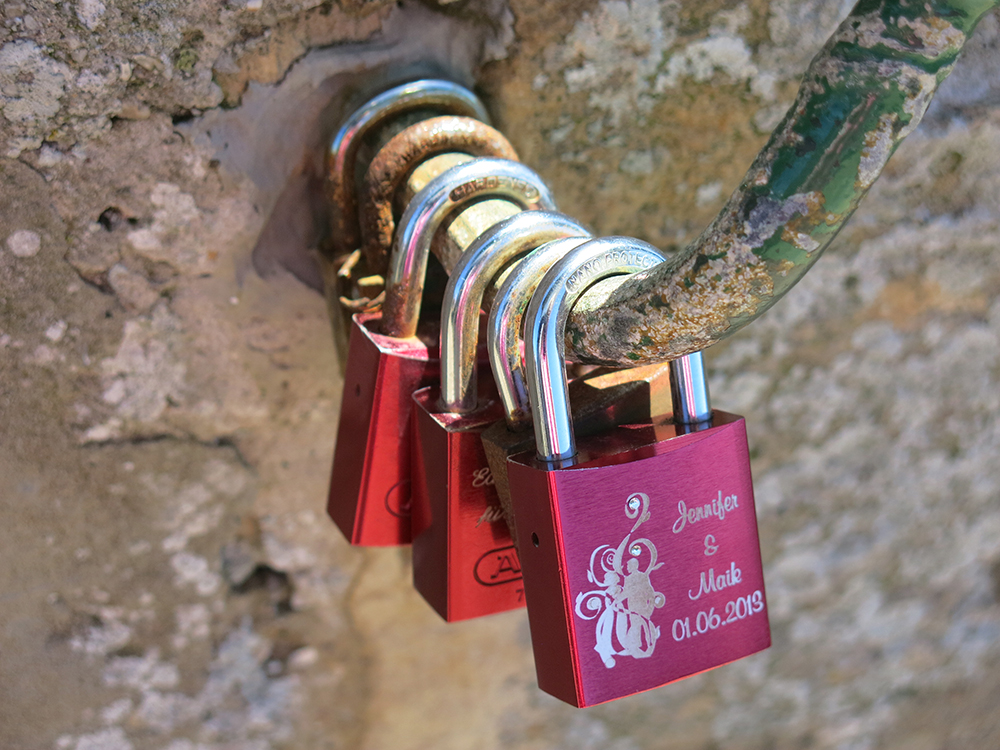 What is the strange cult of love that chains us to the railings of social conformity? Why do we follow the crowd regardless of the destruction we may be causing? 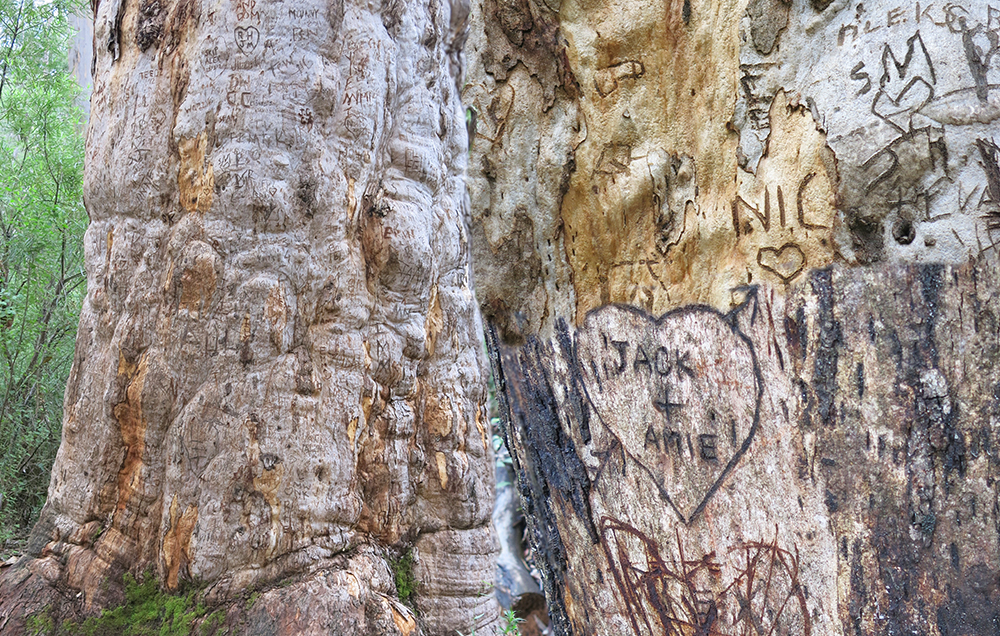 Sentimental tokens of mutual love are universal, but not all are harmless. According to Wikipedia, a love lock is a padlock which is attached to a bridge, fence, gate, or a similar public fixture to symbolize a couple’s love. Typically, the sweethearts’ names or initials are inscribed on the padlock, and the key is thrown away to symbolise their ‘unbreakable’ love (after the inevitable selfie has been taken to memorialize the event). 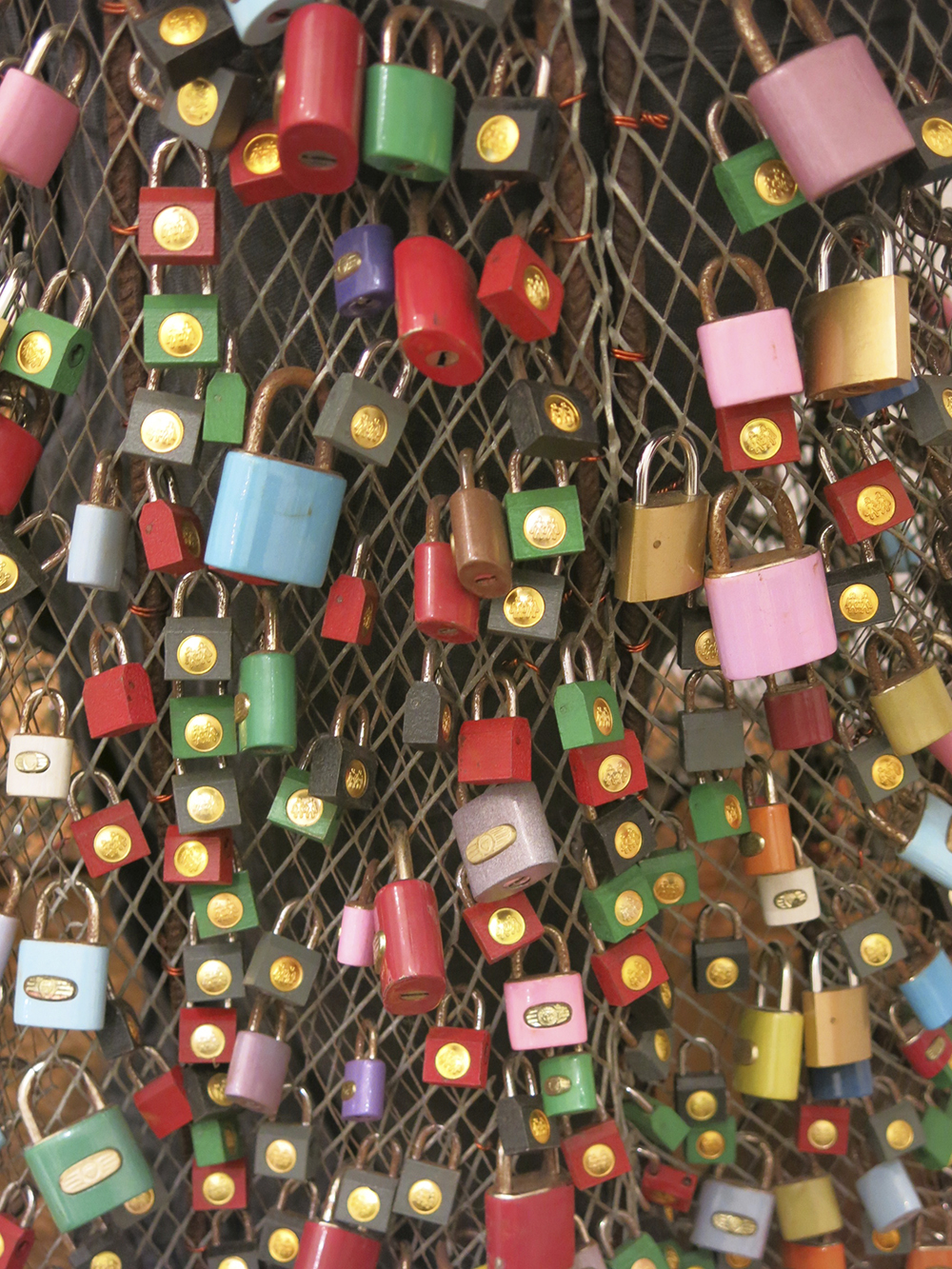 Benin born artist Romuald Hazoumè’s ‘goddess of love’ exemplifies that, in some parts of the world, social mores are not always so benign. Wearing padlocks in the manner of a protective suit of armour, la déesse de l’amour has the ability to store and pass on love, in accordance with the primitive tradition of Benin’s voodoo religion. 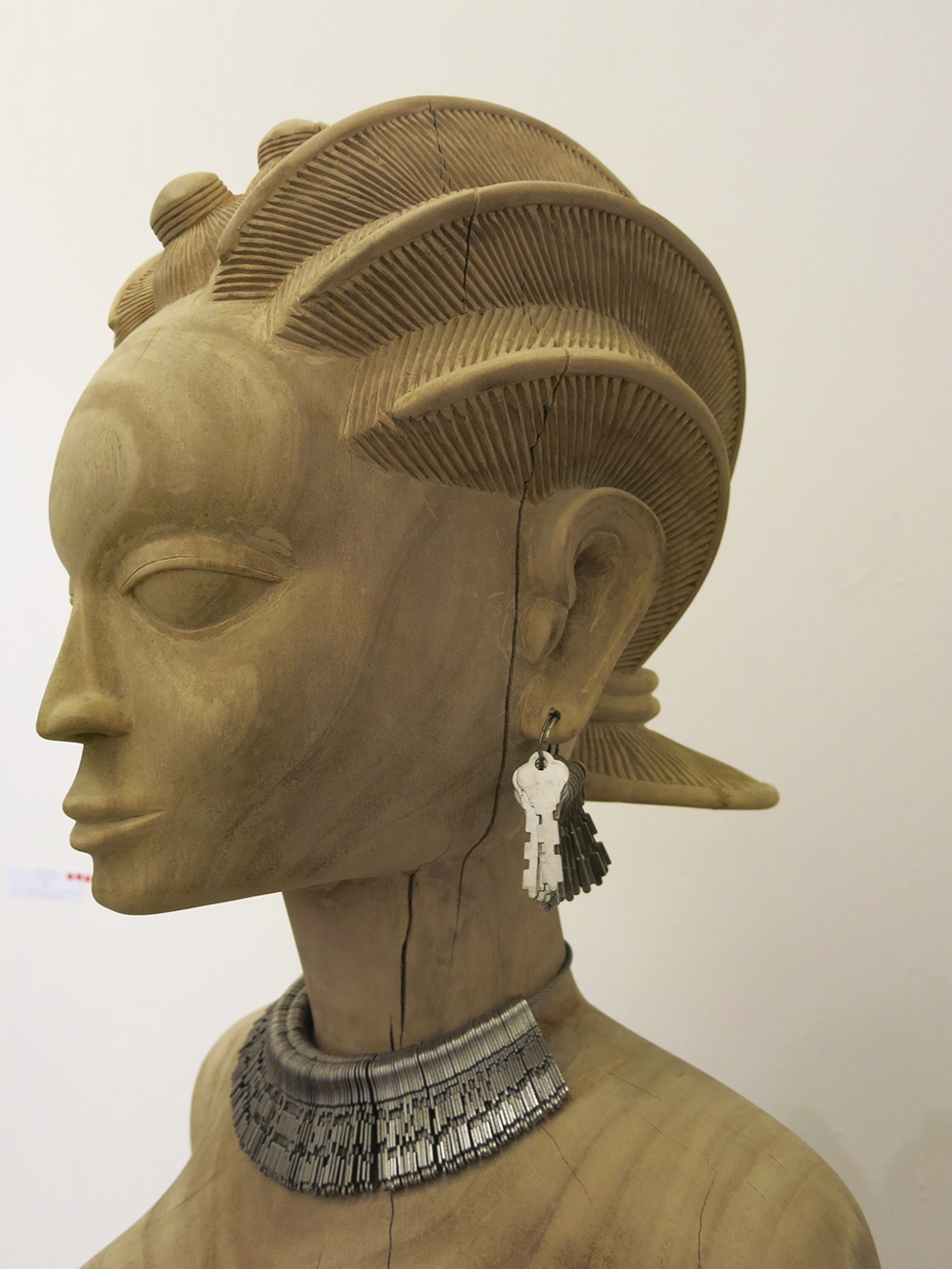 Even the most innocent placing of a lovers’ memento has come under scrutiny. Since the mid 2000s, love locks have proliferated at an increasing number of locations worldwide and are considered by many to be an act of vandalism. In 2010 the powers that be in Paris expressed concerns about damage to the architectural heritage of the Pont des Arts, and the hazardous weight of nigh on a million multi-coloured padlocks – with an estimated total weight of 45 tonnes (the average European car weighs around 1-1.5 tonnes). In January 2014, a campaign and petition, no love locks, was set up by two American friends living in Paris to try to save the city’s historic bridges and monuments from the increasing number of locks. International media brought attention to the campaign, imploring the public to put an end to the destructive practice. 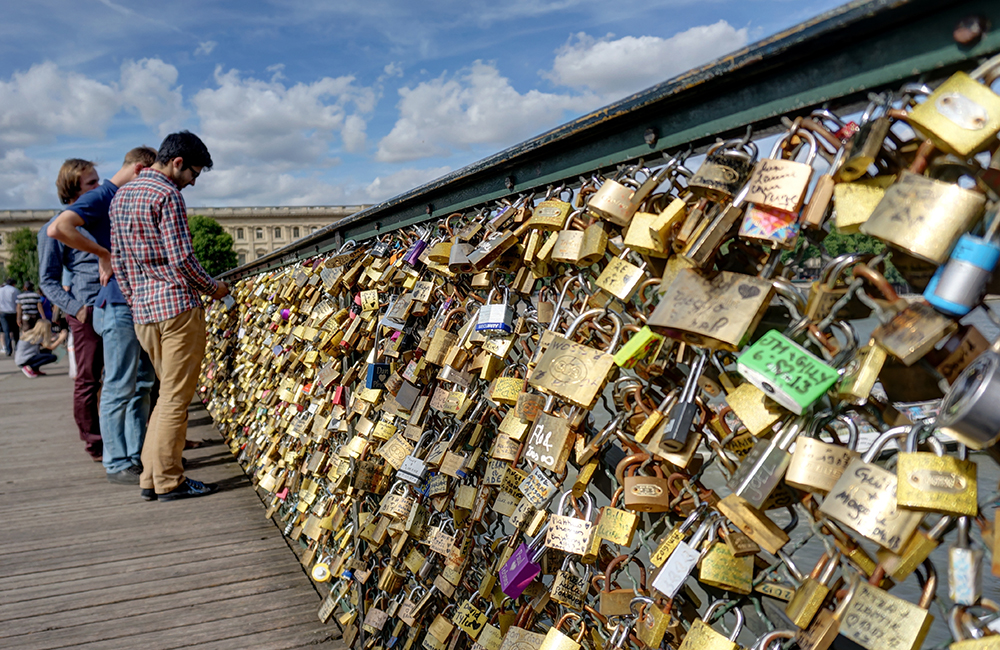 On 9th June 2014, the weight of the padlocks on the Pont Des Arts was blamed for the collapse of part of the parapet. As a result, the city began an experiment in September 2014, replacing three panels with a special type of glass that would prevent locks from being attached. Graffiti was daubed on the panels soon afterwards. But on 1st June 2015, the locks were finally taken down due to fears that the bridge would collapse under the weight.

A series of pop-up artworks will appear instead of the padlocks, encouraging lovers to take selfies on the bridge, rather than adding locks as a memorial of their special moment in time. Perhaps this gives the feeling of travelling lighter, without so much luggage: lovers are still able to commemorate their mutual love, and can always delete the photos in future if they so wish.

And for those wanting to cut down on travel costs and variance, a new high-tech version of the love lock is also available. The Love Lock Site offers an alternative digital ‘monument to unbreakable love.’ In return for a small payment, a photograph and caption can be posted online – the wording can even be amended after the digital key has been thrown away. But will the site outlast the romance, or merely reflect the ephemeral nature of whom and what we love?