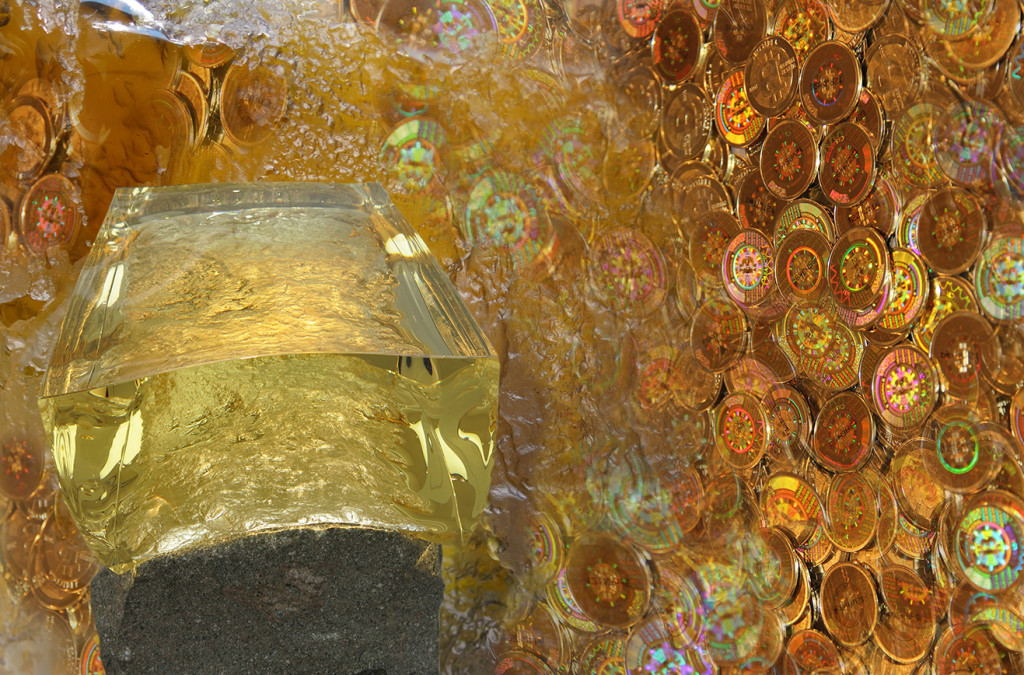 If governments can print their own money, why can’t I? The nature of money is changing. Bitcoin, a peer-to-peer digitized cryptocurrency is not the only virtual currency – but, to date, it has stolen a march on the others. Now it is set to become the darling of the art world when, this October, London’s Moniker Art Fair teams up with music and technology collective, Fork the Banks, to become the world’s first international art fair to accept bitcoin payments. The collective’s ‘Renaissance is Now’ installation, displayed across a 50 foot wall, will depict “the solutions offered by global connectivity, decentralization and collaborative consumption.”

On the surface, a virtual currency that can be traded across borders without the involvement of banks and governments sounds like a simple solution to financial mismanagement and corruption. In Visuology Issue 1, we explored some of the key considerations surrounding Bitcoin, including its liquidity and how likely it is to disrupt our institutions and affect our future lives. Here is more background and some of the fascinating findings of our research:

Early digital currencies did not fare well. DigiCash Inc, founded by David Chaum in 1990, was declared bankrupt in 1998 and its assets were sold to Ecash or Ecache, which was subsequently taken over by InfoSpace. Liberty Reserve. founded in 2006, also met with an untimely end (see later). Then, in 2009, Bitcoin was launched by an esoteric person or group known as Satoshi Nakamoto. Each string of code – the unique registration number that makes up a bitcoin – is created through a process called ‘mining’, whereby a computer generates a solution to a complex mathematical algorithm. The number of bitcoins produced will be limited to a total of 21 million, yet already over 14 million have been mined – aside from the ones that have been inadvertently lost or stolen by hackers taking advantage of unprotected bitcoin wallet keys. The artificially imposed cap on bitcoins is intended to create the scarcity value of a finite commodity. But the currency‘s main attraction has been the relative anonymity provided by bitcoin addresses, the virtual mailboxes (called wallets) to and from which bitcoins are sent.

The bitcoin market has been associated with black market activity, in particular the purchasing of illegal drugs and fake IDs on the ‘dark web,’ from a site called Silk Road in particular. BitFloor, the largest bitcoin dealing exchange in New York, was closed down after its account was suspended, along with those of several bitcoin banking concerns in Canada. Virtual currencies have been condemned by some as Ponzi schemes, or speculative bubbles – akin to the faddish mania for tulip bulbs that raged for several years in 17th century Holland. Liberty Reserve, a Costa Rica based centralized digital currency, which promoted itself as the “oldest, safest and most popular payment processor… serving millions around the world,” was shut down by US federal prosecutors in May 2013. Founder, Arthur Budovsky and six others were accused of laundering more than $6 billion in criminal proceeds and operating an unlicensed financial transaction authority. Added to this have been a host of shady debacles, including the spectacular collapse of Tokyo based currency exchange Mt. Gox in Feburary 2014, with the disappearance of $460 million (said to have been stolen by hackers), only just over half of which has since been recovered.

Places where bitcoins can be exchanged for goods and services are still few and far between – and value fluctuations in the currency have been volatile. Bitcoin was previously available as physical coinage, produced by Casascius. Coins are still available but are no longer embedded with the crypto currency.  However, bitcoin ATMs can now be found in major cities around the world. Bitcoin transactions said to have taken place include the purchase of a Tesla car from a Lambourghini showroom in California and a house purchase in Canada (luxury website BitPremier accepts bitcoins for real estate). Knee operations can be paid for using bitcoin in Lithuania and Snoop Dogg’s album Bush can now be bought using the currency via a handful of retail exchanges… And, yes, you can buy art – or even visit a bitcoin inspired art gallery, where you can see works like Alphonse Mucha inspired Spring by Emily Clanton. 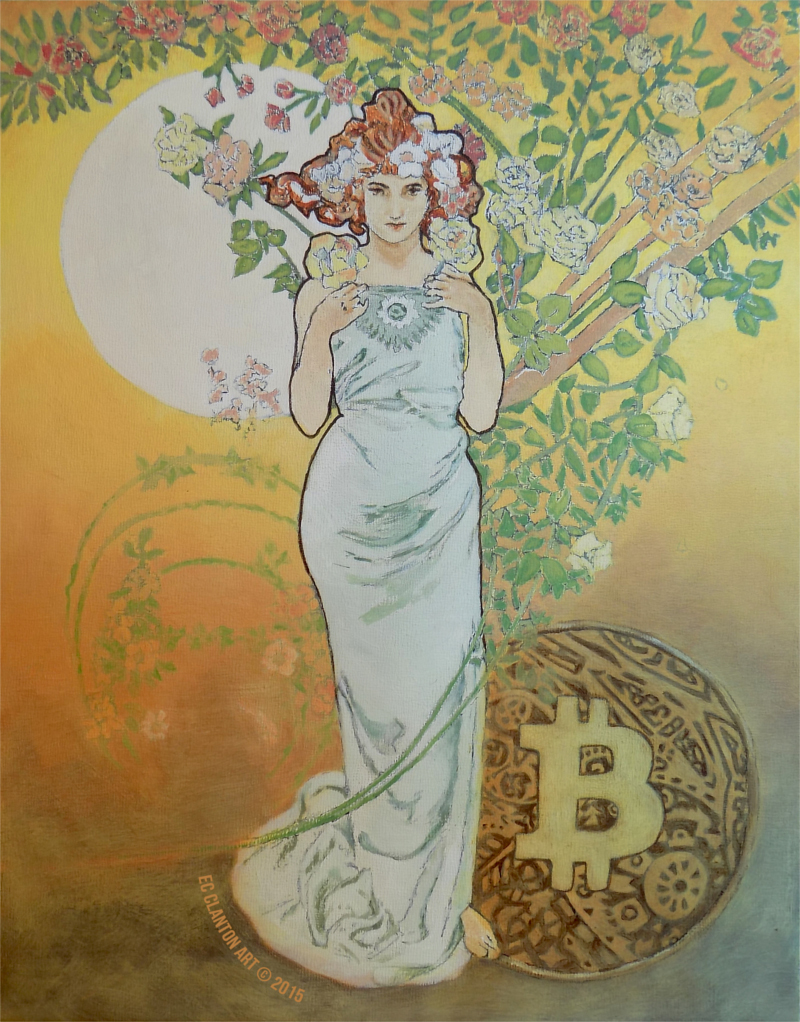 Rival currencies include OpenCoin, which gave away 100 billion ‘Ripples’ to software developers who could incorporate the currency in new applications. And Ven currency, which is marketed as part of a worldwide social hub network called Hub Culture, with the elitist feel of an upmarket private members’ club. Social networking takes place via country-based Pavilions, which also have shops selling items that can be paid for in Ven. The advantage to retailers is a global marketplace with minimal currency exposure risks. Stan Stalnaker, the founder of Hub Culture also set up the first digital currency fund, investing in a 50/50 split between Ven and Bitcoin. A bitcoin hedge fund is also run by Malta-based Exante Ltd – and others have been set up too.

Another cryptocurrency called Litecoin claims to be complementary rather than a competitor – the silver to Bitcoin’s gold. Founded in late 2011, this currency offers a faster transaction time and nearly four times as many coins in circulation, as well as other benefits over its predecessor. Meanwhile, the ‘secure and sustainable’ Peer to Peer or PPCoin is harder to counterfeit than Bitcoin and has no cap on the number of coins that can be generated. Mark Friedenbach’s cryptocurrency, Freicoin, is similar to Bitcoin, but with a demurrage (cost of holding) fee built into the system. There are many other cyber-currencies on offer.

The idea of community-specific currency, or credit token, is not new – airlines have offered airmiles schemes for many years. Some internet gaming communities also have their own form of money, such as Second Life’s Linden Dollars. According to Wikipedia, in 2009, the total size of the Second Life economy grew 65% to US$ 567 million, around 25% of the entire US virtual goods market. If a large search engine, social networking platform or online retailer were to link up with an existing virtual currency, or create their own, the perception of digital exchange mechanisms may be dramatically transformed. Hot on the heels of Microsoft and Nintendo points, Amazon has introduced a casino-like coin, which can be used for game and app purchases.

So-Called ‘Disruptive Technology’ and the Future of Bitcoin

Distrust in traditional financial institutions has boosted the Bitcoin, along with recent events in Greece. The currency has mainly been favoured by a tech-minded minority, along with an anarchist fringe that includes members of the Occupy movement. According to political philosopher John Gray, “Bitcoin embodies a kind of cyber-anarchism: the idea that the decentralized networks of the internet will enable the ideal of freedom from government, which has eluded so many revolutionaries in the past, to be finally realized.”

Aside from its anarchist associations, another negative comes from the environmental concerns surrounding cryptocurrency. What started out as an economic experiment has exploded into tens of thousands of computers located all over the world. These powerful, specialized machines use far more electricity than the average desktop. The more people are involved in mining, the more processing power is required. Higher electricity prices also cut into the small profit margin of virtual currencies, affecting their viability.

Increasing interest in alternative currencies by established financial entities has, however, recently improved their chances of being taken seriously. David Woo, FX and Rates Strategist at Bank of America/Merrill Lynch issued the following endorsement: “We believe Bitcoin can become a major means of payment for e-commerce and may emerge as a serious competitor to traditional money transfer providers. As a medium of exchange, Bitcoin has clear potential for growth, in our view.” JP Morgan is said to be building its own digital currency for use with digital wallets. And The Sunday Times recently reported that Barclays will become the first UK bank to officially accept payments in Bitcoin.

But the most transformative development resulting from digital currencies may turn out to be the invention of the blockchain. The ‘disruptive technology’ has numerous potential applications and is likely to revolutionize the way we own things, keep records and distribute information. Amongst the new tech companies developing this concept is Vitalik Buterin’s Ethereum, which runs smart contracts in its own cryptocurrency and offers a platform allowing people to create any kind of decentralized application on top of the blockchain. Blockstream is another platform that aims to accelerate innovation in cryptourrencies, open assets and smart contracts. The company espouses “the potential of Bitcoin and blockchain technology to have a significant, positive social impact” through offering markets that are fair, open and accountable.

Yet, with the likelihood of government regulation or intervention, the future of virtual currencies remains far from certain. Digital currencies will no doubt continue to see their values oscillate wildly, as has been the case with Bitcoin. Whilst acolytes profess the currency offers the deflationary properties of gold, due to its limited supply, such forms of exchange remain the subject of ridicule for others. According to comic Stephen Colbert, “Bitcoin has worth just because a bunch of people on the internet have agreed it is worth something – like Psy,”(the South Korean pop singer). Of course, it could be argued that traditional currencies are quite similar in this respect. 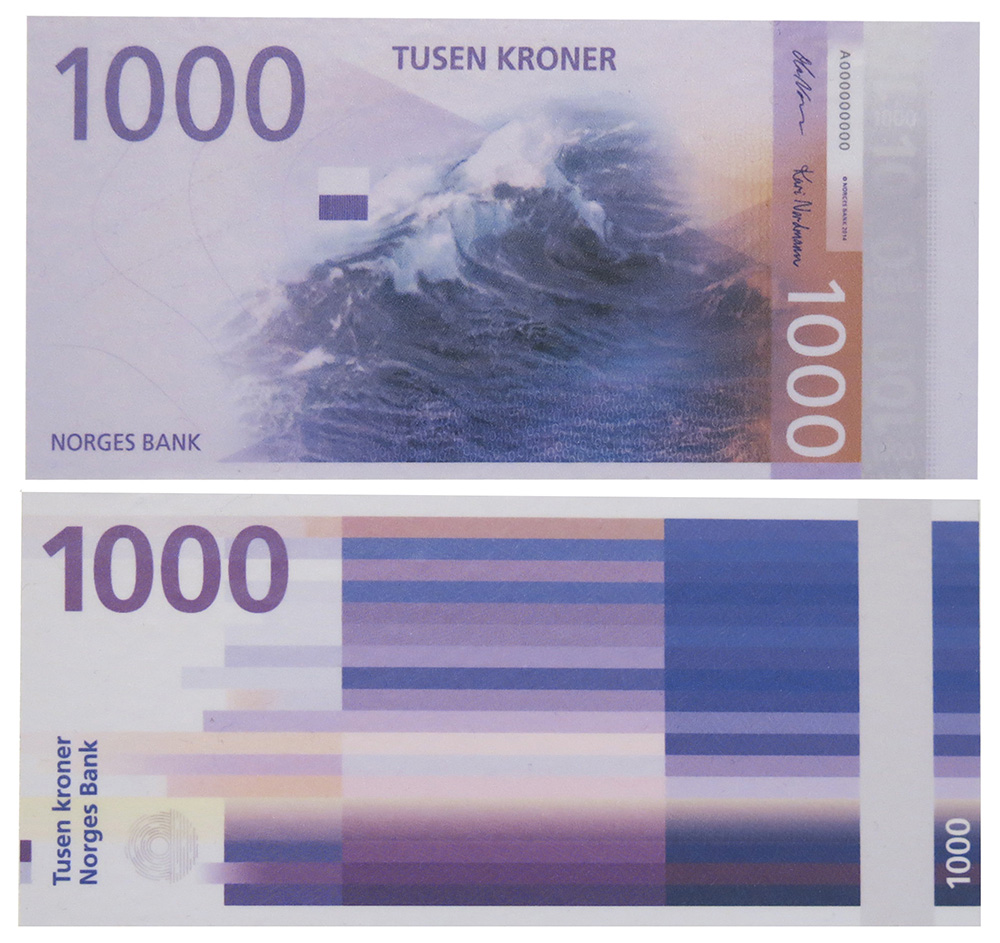 ‘Revolutionary’ bit-fans are every bit as idealistic as over-zealous artists hoping to change the world. But just how likely is a golden age of decentralized ‘individual anarchy’ brought about by Bitcoin and the blockchain? With predictions of future cyber-warfare, food shortages, power outages and economic meltdown, there’s one consideration that proponents of virtual currencies seem to have overlooked: A world in which anarchy rules, (and art goes the way of Palmyra), will require a much more practical form of exchange than any currency in existence today.

One Comment on “The Art of Money: Will Cryptocurrency Recode the Future?”

“The Renaissance is Now”
https://youtu.be/REsKHMcCJkk