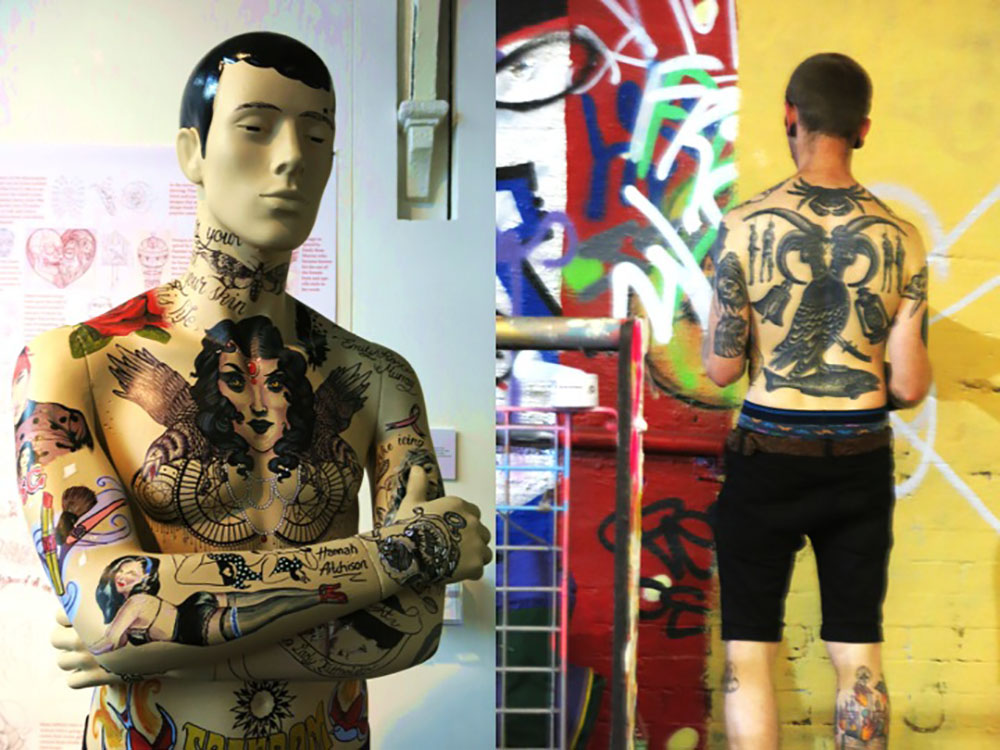 A far cry from bespectacled, retro-inspired geek chic – or the homogenized normcore look, is the trend for increasingly extreme tattooing and body piercing. 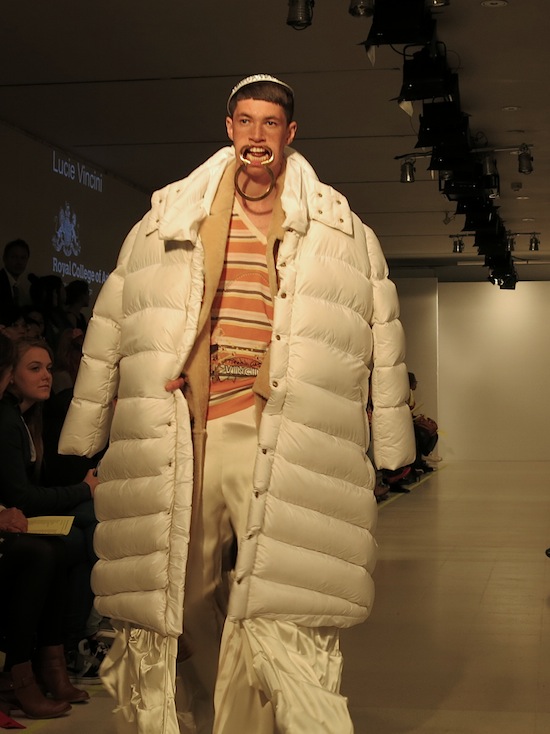 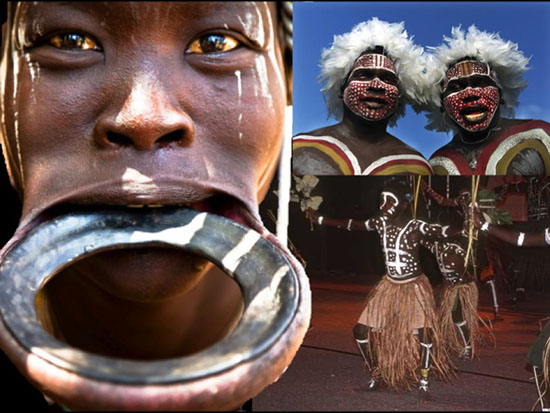 Although tattoos have been around since Neolithic times, and 5000-year old mummified humans have been found with body piercings, the relatively recent association of such body adornments with sailors and criminal gangs has been hard to shake off. Of course, this is part of the appeal for those with a rebellious streak, but in a world where pierced and tattooed bodies adorn advertising hoardings, and where body dysmorphic disorder and self-harm are de rigueur, the sight of superabundant body art barely raises an eyebrow. 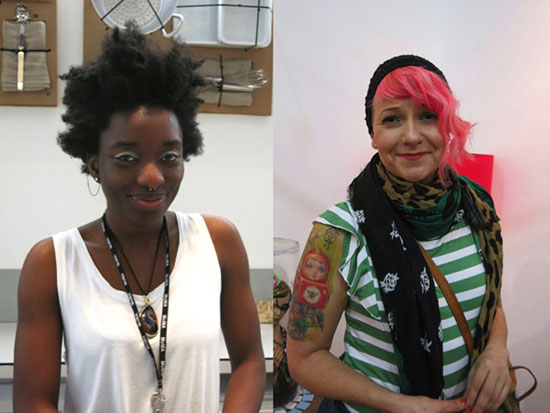 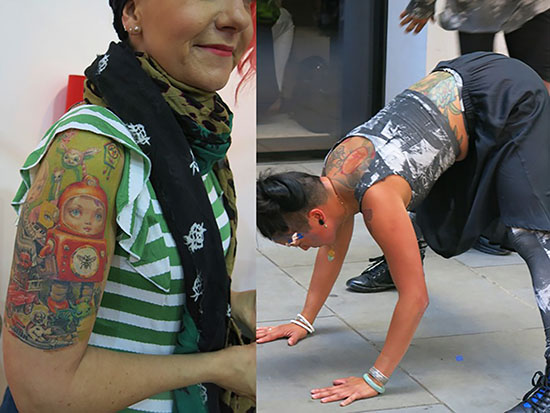 Even at London Fashion week, normcore sits happily alongside hardcore body art. There are now probably more young people with tattoos than without. 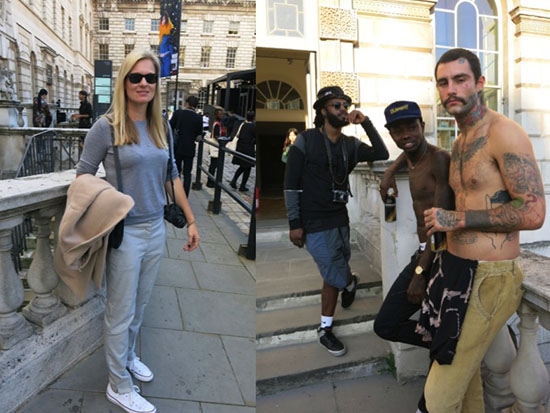 Forget train spotters, this is the age of the celebrity tattoo aficionado. Karl Lagerfeld has courted the likes of Azealia Banks, the daughter of a drug addict and an abusive mother. She worked as a stripper and “smoked weed all day,” before her talent for foul-mouthed rapping was discovered. According to the website, Steal Her Style, where you can research the meaning of celebrity tattoos with a view to emulating them, Azealia has the word “discipline” tattooed on the left side of her neck, a tiger’s face on her right hip and the number 7 on her left butt cheek: Surprisingly tame compared to the expletives adorning the body of the otherwise angelic-looking Avril Lavigne. Rapper and lyricist Angel Haze was brought up in a cult, which turned a blind eye to sexual abuse and domestic violence. The largely self-educated ‘pansexual’, whose arms are covered in tattooed words and quotes, has been feted by the likes of Donatella Versace and Carine Roitfeld. Meantime, Jeremy Jackson, formerly a clean-cut cutie in Baywatch, has told OK! Magazine of a dark time, when he was, “on cocaine, crystal meth, amphetamines and ecstasy.” He elaborated: “My nose would profusely bleed every day: sometimes I’d faint uncontrollably. I was emaciated with scars and scabs all over my face…” After he cleaned up at the age of 21, Jeremy wooed his future wife by taking her out in a limousine full of roses for Halloween. They visited a tattoo artist to get “inked” with each other’s initials. They married on the beach with their dogs, and had rings tattooed on their fingers. And singer Allison Green is covered with Japanese inspired tattoos… Though her first tattoo, inked inside her lower lip was “5150” – the number used by the State of California to categorize a person detained for police evaluation because they pose a danger to themselves or others as a result of mental disorder: In other words, proof that they are legally insane.

Despite concerns that fans of extreme body art may well be mad, the trend for celebrity tattoos and piercings does not seem to have waned. On the contrary, many seem to be aiming to cover the entirety of their skin in the manner of a canvas – a work of art that will perish with them when they eventually depart from this world. Total body art as a means of creative self-expression has also been immortalised by artists. But these days everyone wants to be a work of art. 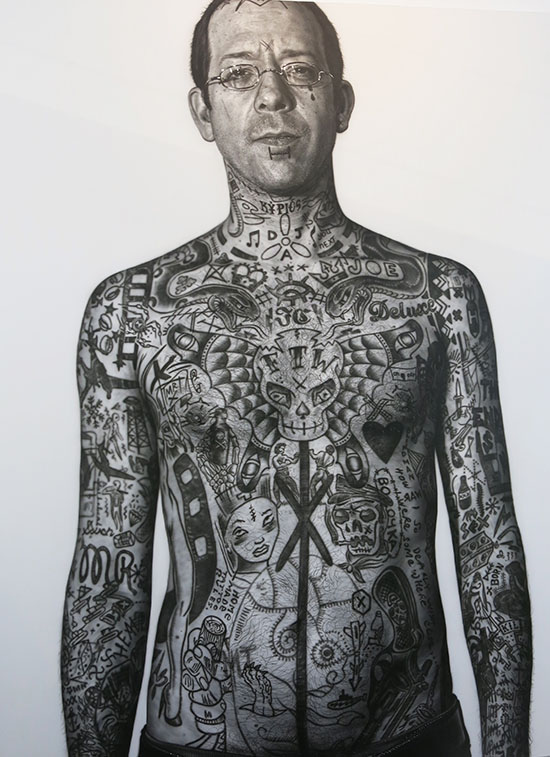 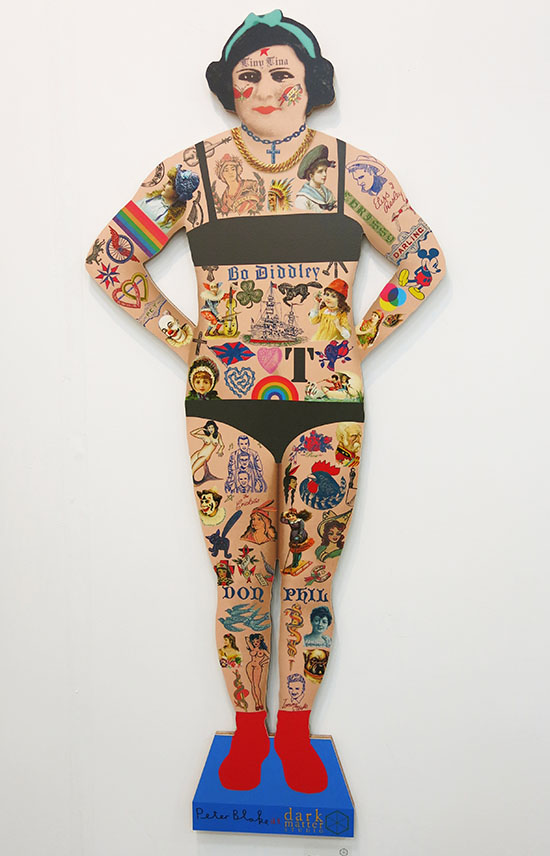 Style.com wrote: “Practically everyone we know got a septum piercing in 2014, making the tiny rings and chains dangling mid-face none too shocking.” Piercings are likely to become even more fashionable too, after they adorned the models at Givenchy’s Fall 2015 show. 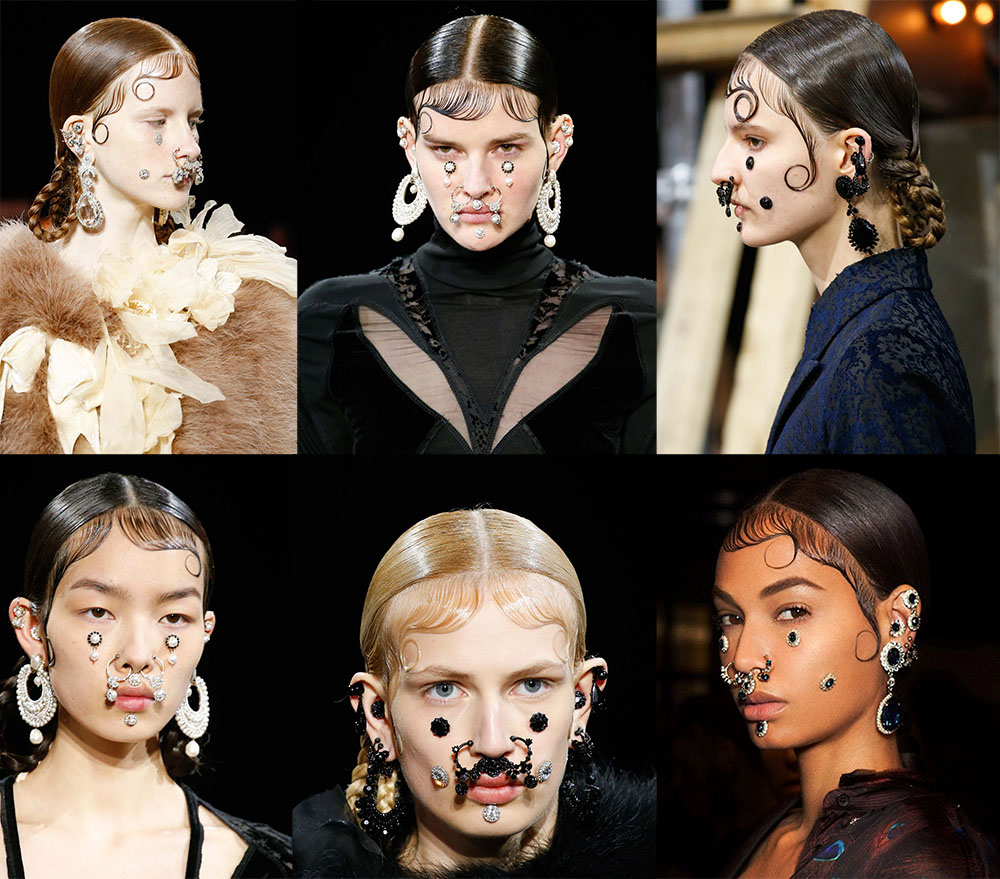 Models with tattoos have also been favourites of designers recently, causing Style.com to predict that ‘stick and poke’ tattoos will be a major trend for 2015. 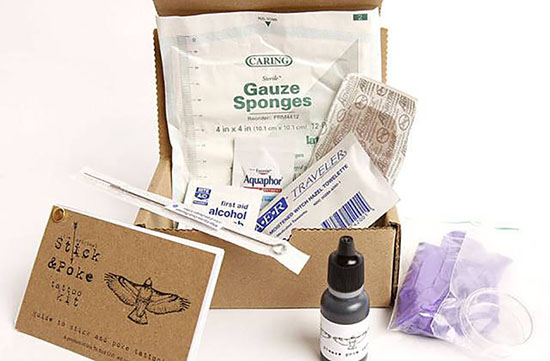 Those concerned by the potential hazards of DIY tattoo kits, and aware of the fact that fashions do change, may find ranges offering a less permanent option more appealing. Streak is the latest line of temporary fashion tattoos to become an instant hit at shopping events, black tie balls and university fashion shows (the most recent was at Cambridge). Set up by 21 year olds Ella-Louise Gaskell (currently in her final year at the London College of Fashion) and Frederica Birley in November 2014, Streak offers “metallic transfer tattoos, with a fun, London edge.” Expect to see these on the festival circuit this summer. 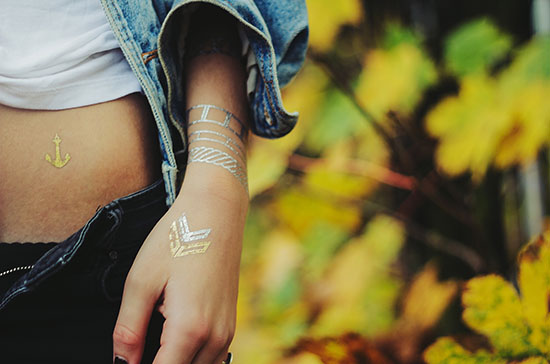 Others have taken tattooing techniques a step further by inking their clothing and accessories designs. Printing on leather can be a chemically hazardous process involving resins, layers of adhesives, toxic metals, chemicals and plasticizers such as acrylic copolymers. Industrial solvents containing benzene and kerosene are also used to keep the printers clean. Not only are these materials highly toxic, but they do not naturally break down and can find their way into water sources. Jess Fugler’s project Ink offers an environmentally friendly way of printing on leather, based on the craft of tattooing. The process uses vegetable tanned leather and water-based ink, which is injected underneath the top layer of the leather, creating an indelible mark so the graphic will not wear away with time and use. Fugler calls the process ‘subdermal printing.’ Might this sustainable form of tattooing be the start of a less freakish future for body art? 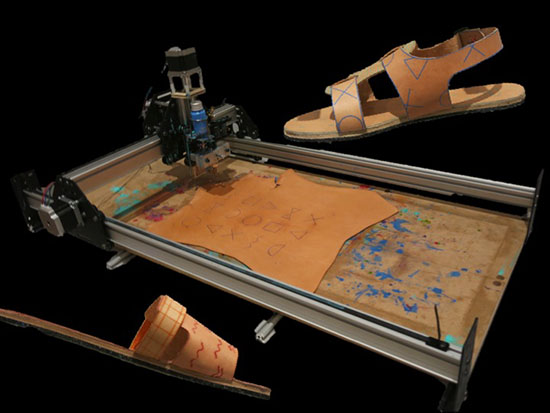 Read more on Freaks and Geeks in Visuology Issue 2