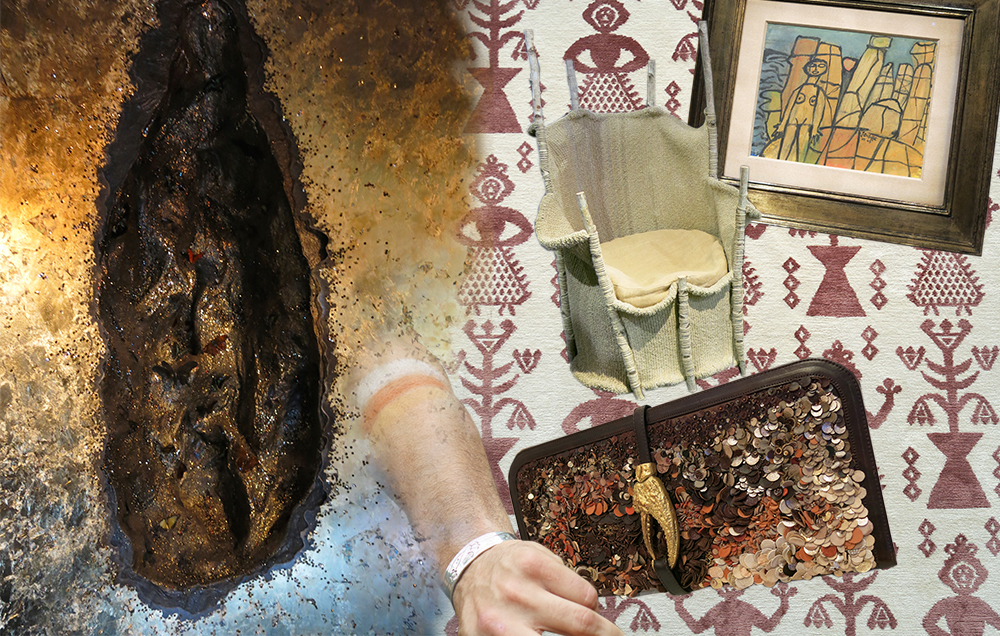 The oldest art ever discovered is now available for public viewing. But the cave paintings to be seen in the Ardèche region of France are in fact recent reproductions of the originals. The Chauvet cave, named after Jean-Marie Chauvet, one of the three people who found the treasure trove of Paleolithic paintings, is open rarely, to just a few scientists at a time. When they were first discovered in 1994, the authenticity of the cave paintings was questioned. However, layers of calcification on top were found to have taken thousands of years to grow. Around 36,000 years in fact… though it looks as though the paintings were done yesterday. The art has been preserved by a freak rockslide that took place 22,000 years ago. 425 pieces of pristine rock art include paintings of bison, mammoths, lions, horses and woolly rhinoceroses, created by hunter gatherers who didn’t live in the caves, but went there regularly to decorate the walls and depict spiritual myths. 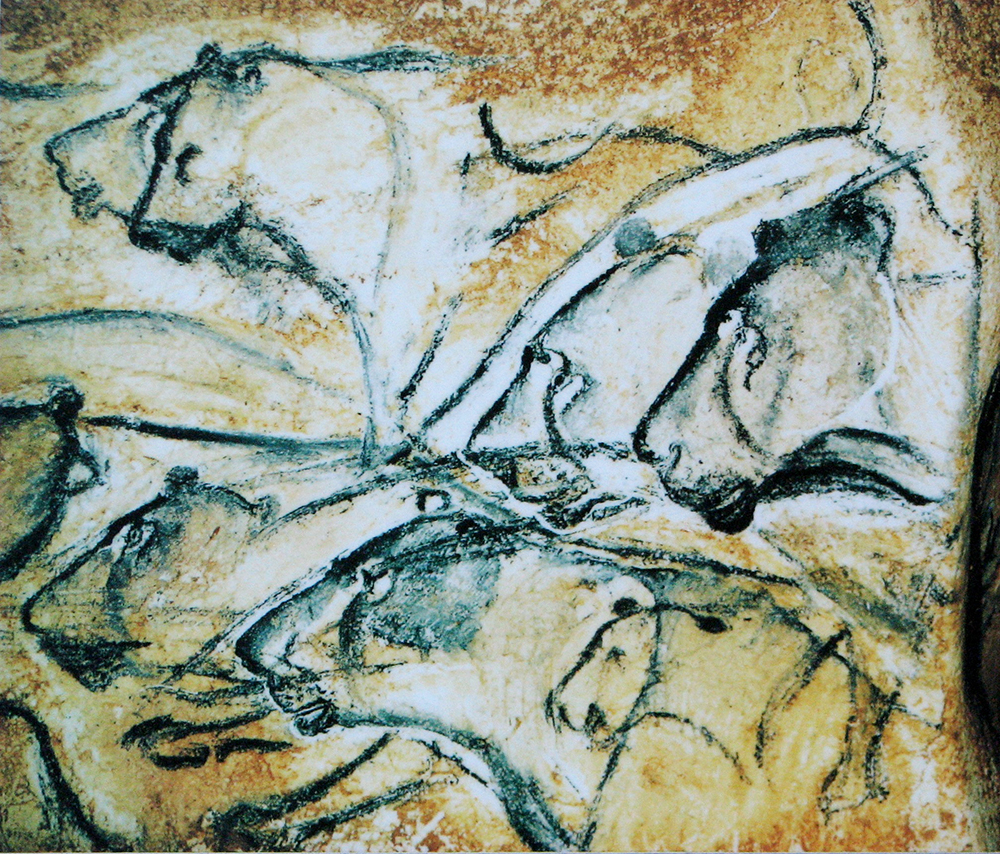 The cave, which is now a UNESCO World Hertiage site, was the subject of a 2010 Werner Herzog film – Cave of Forgotten Dreams. Only a few cameramen were allowed into the cave to make the film, and for limited periods of time due to the toxic CO2 gases seeping through the limestone from the trees above. Now the paintings have been reproduced in a project that has taken 4 years and £40 million to bring to fruition. The Caverne du Pont d’Arc is a must see if you are visiting the South of France.

In Visuology Issue 2, we flagged up primitive art and cave paintings as a source of inspiration for fashion and design (see main illustration top). Paris based Quoi Alexander’s latest cave painting inspired collection, as seen at Vauxhall Fashion Scout below, is made from latex with clay. The pieces are not hand, but hand-print and finger-painted with natural colours, including ochre. 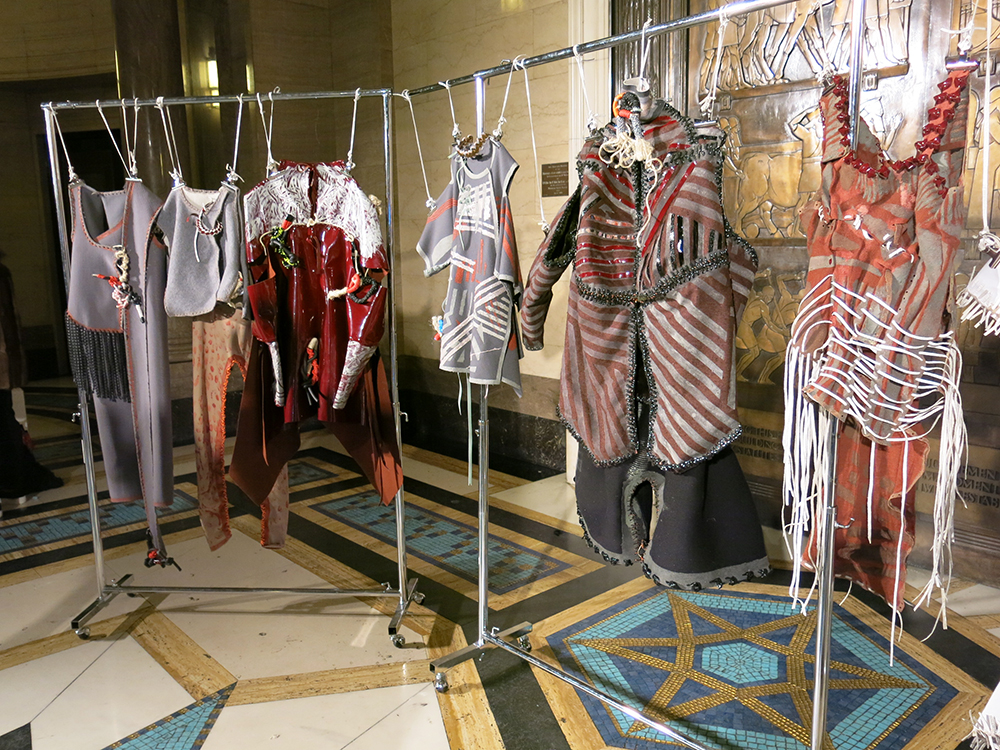 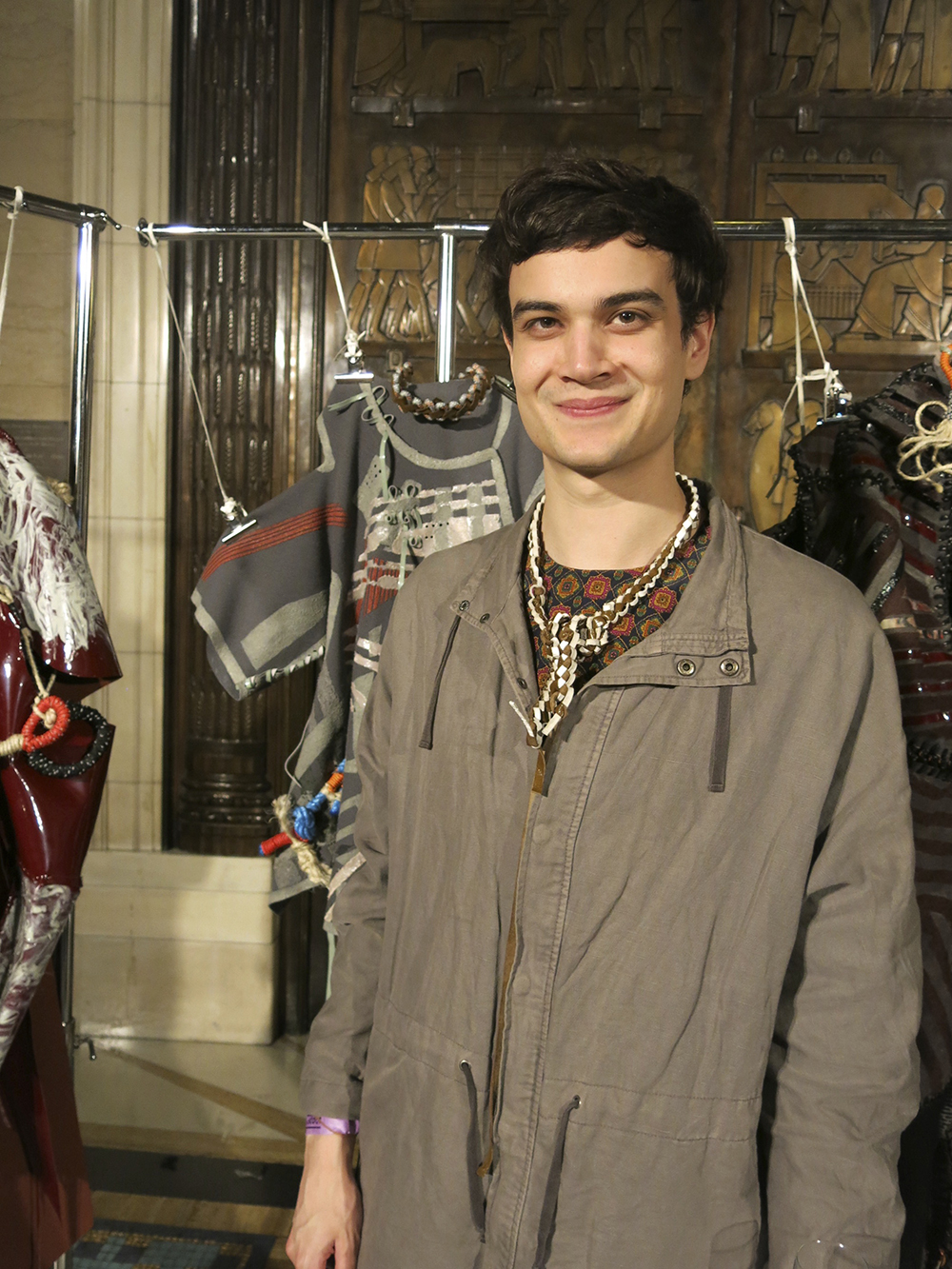 The construction is primitivism personified, as there is no sewing: the materials used are simply strung together. This earthy, artisanal look is what you get when you take the technology out of fashion and go back to mankind’s ancient past. The garment patterns are all one piece that is wrapped and woven around the body. Alexander’s designs are as authentically handcrafted as the paintings in the Chauvet cave, if lacking in prehistoric provenance. 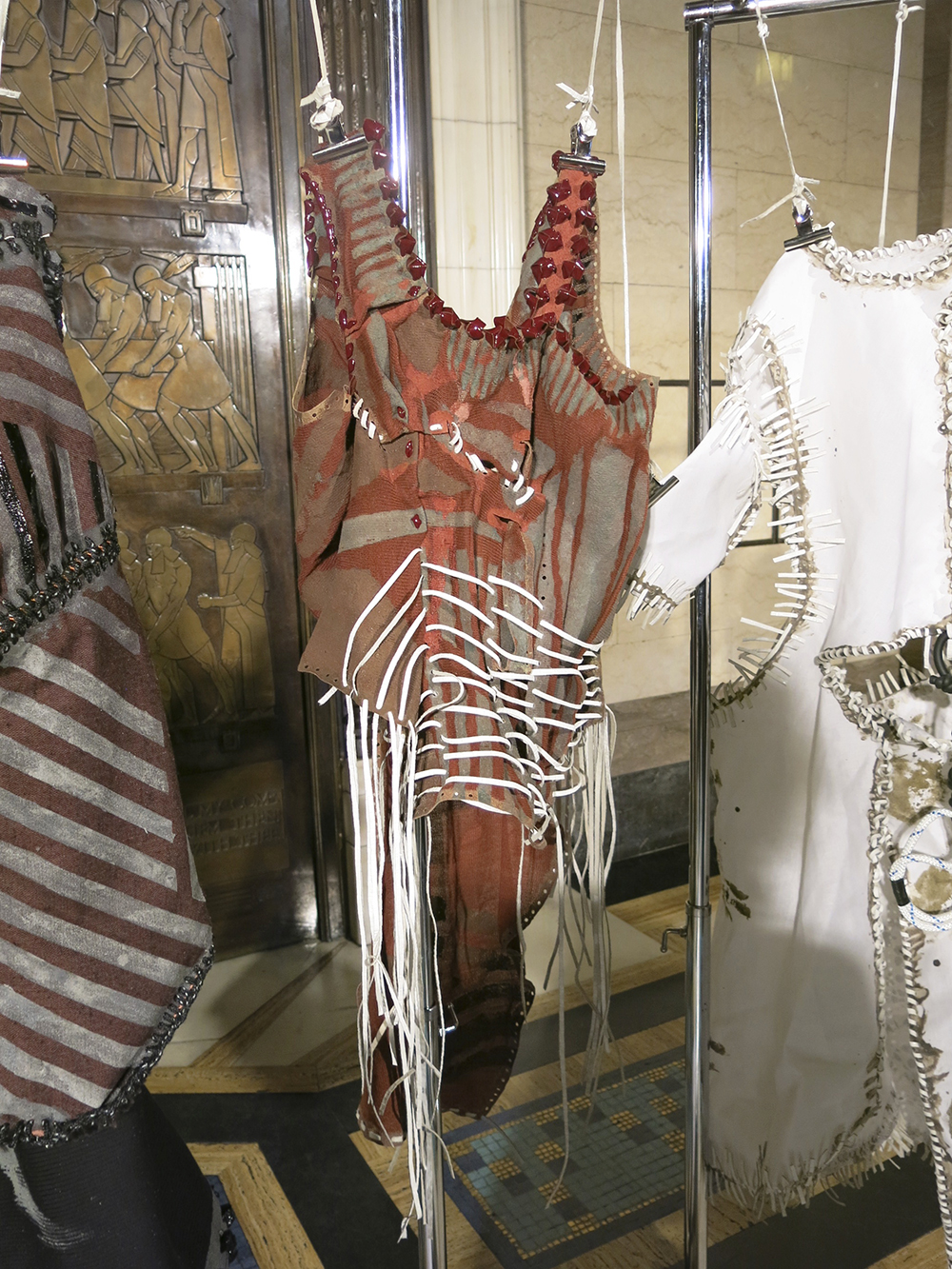 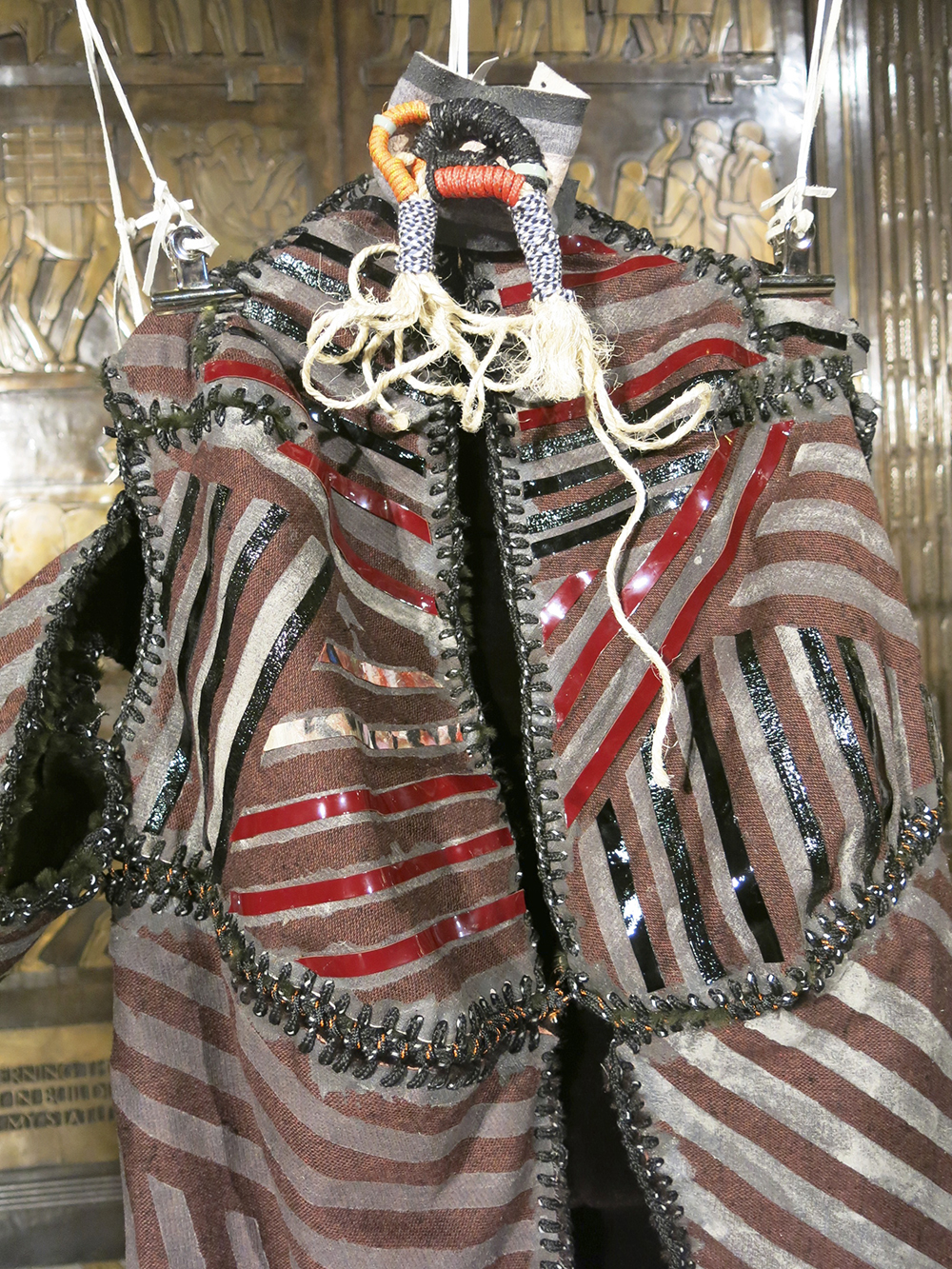 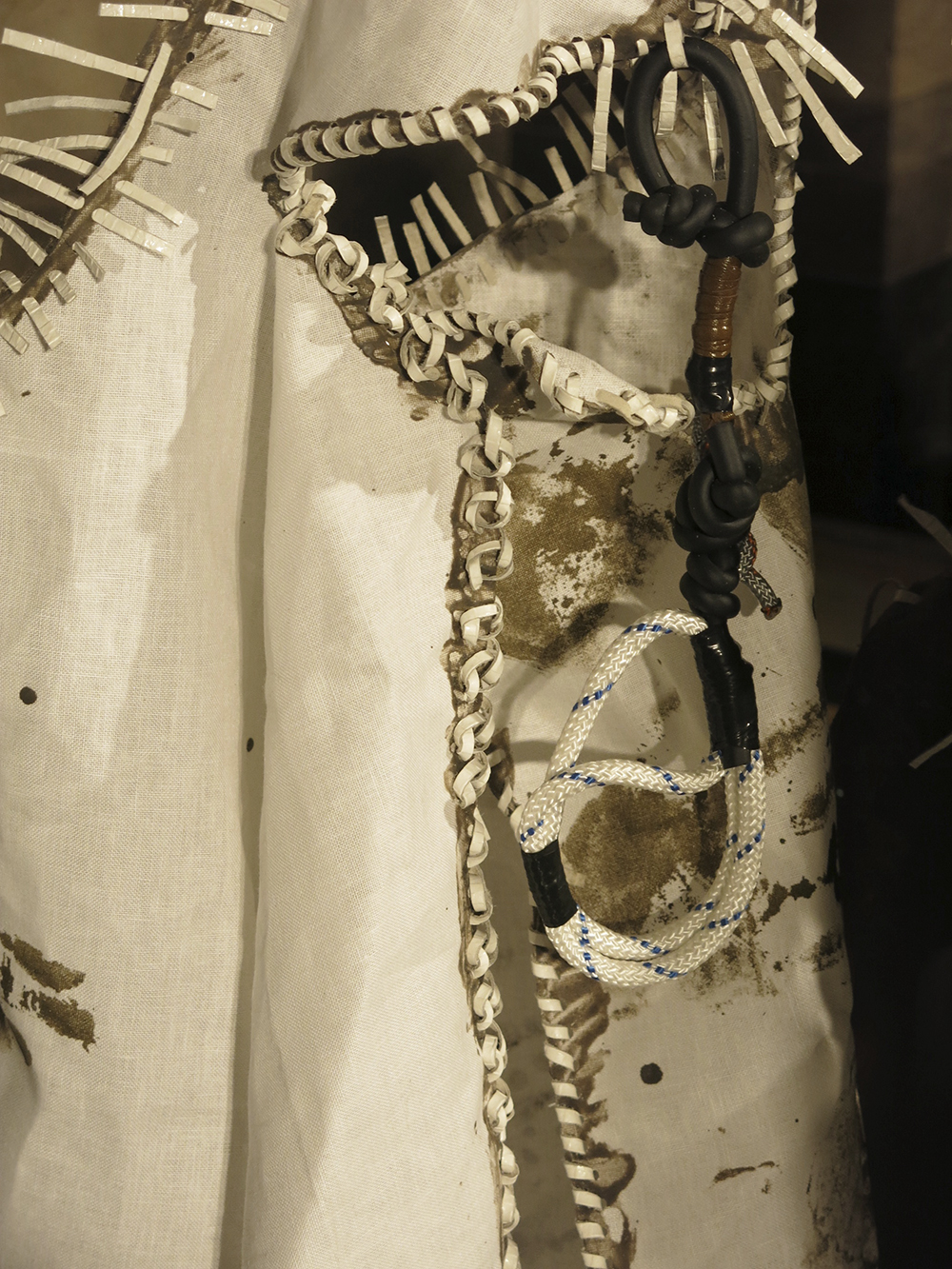 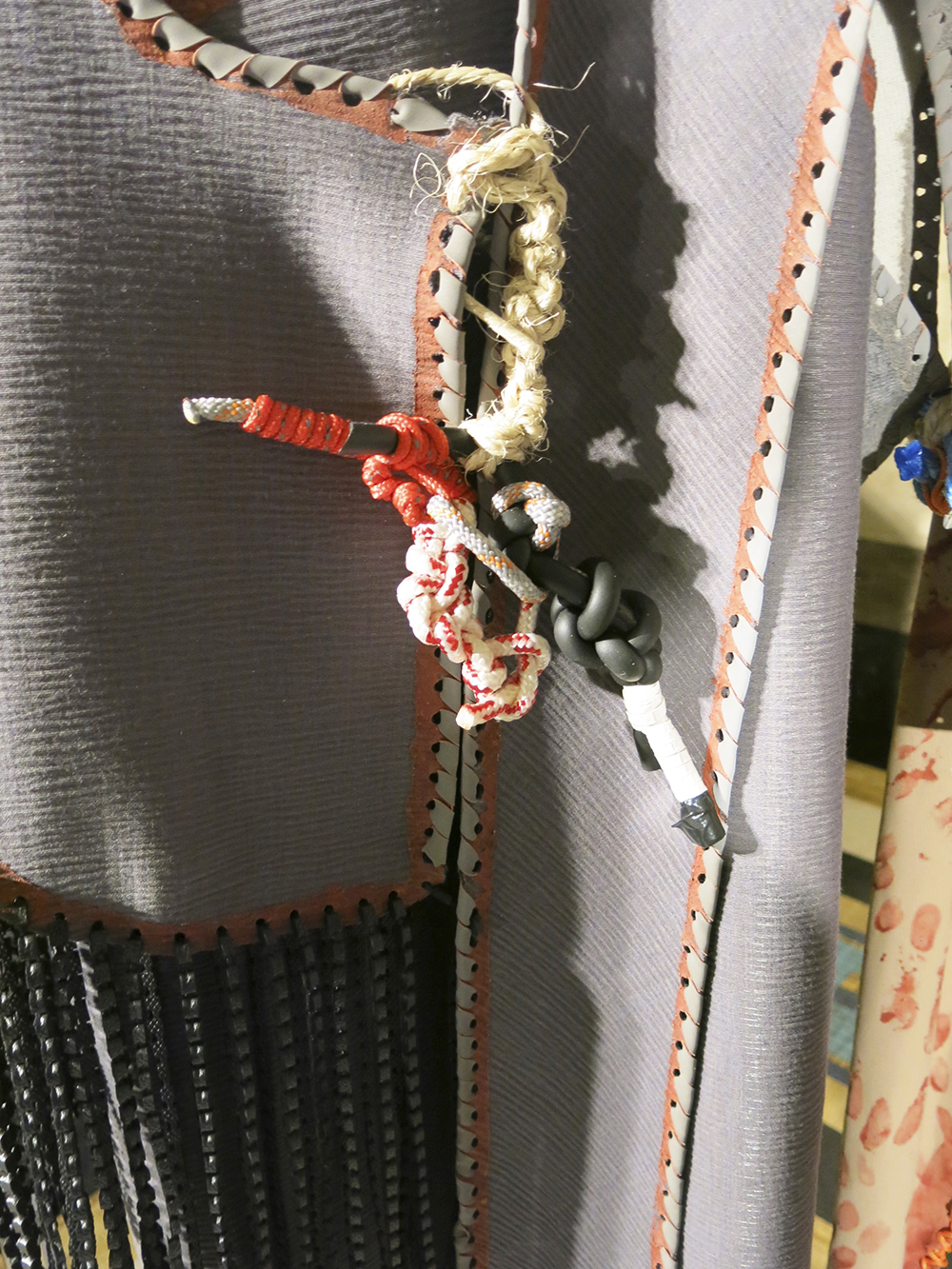 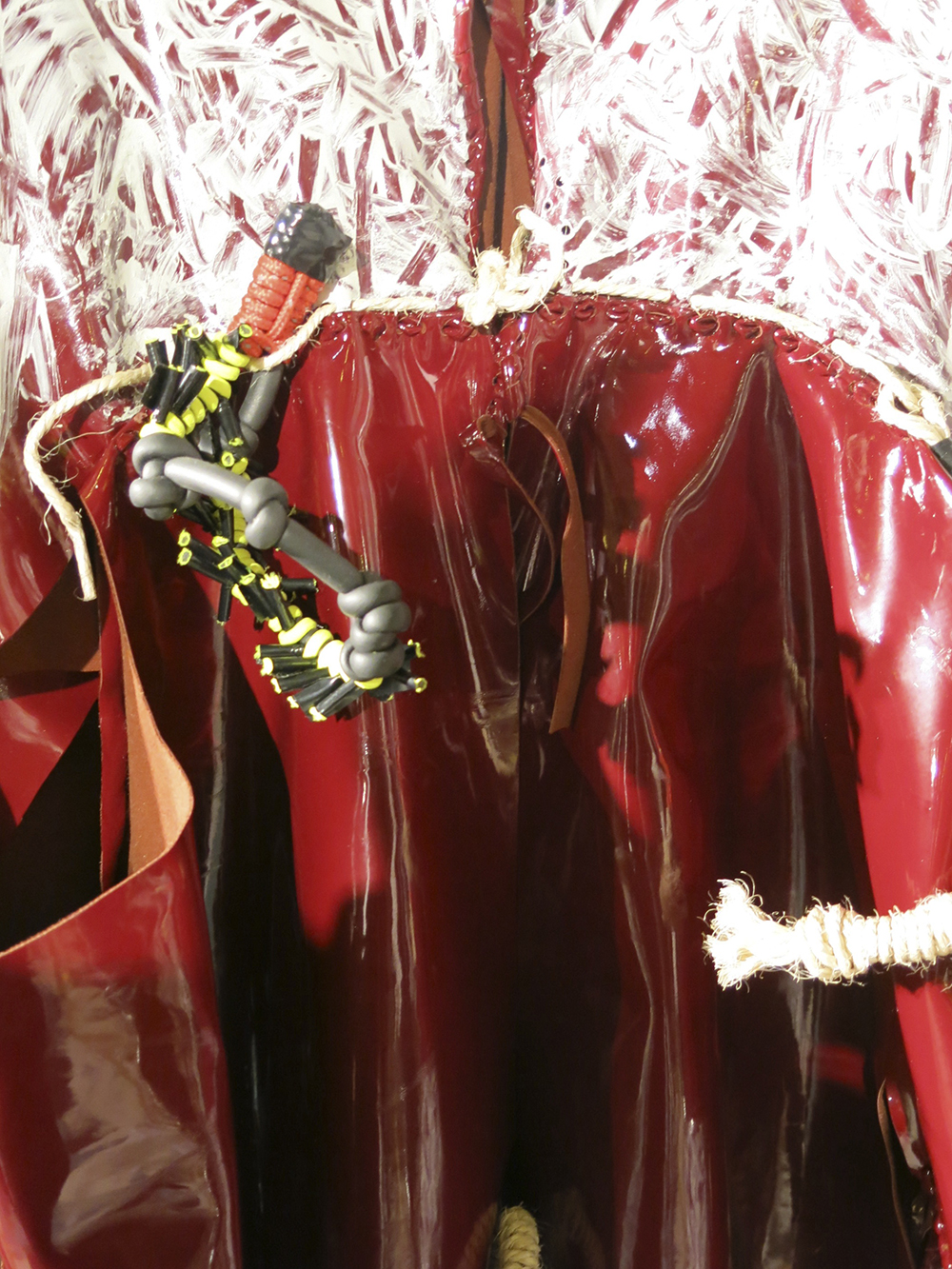