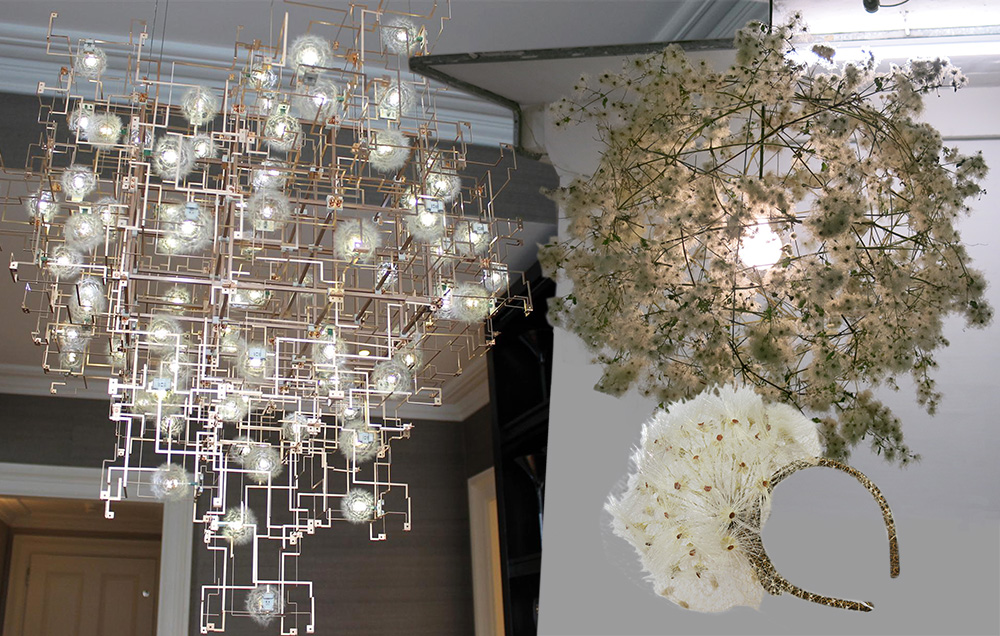 Ancient tribal crafts were based upon the faith of Animism – the worship of nature, and the belief that natural physical entities possess a spiritual essence. Traditional tribes hunted for food, then used every last piece of the animals they slaughtered to create useful products. They were resourceful and respected the natural world.

We may have lost our ability to live in harmony with nature, but designers are rediscovering ancient natural materials. Anna Gillespie uses found objects including wood, acorn cups and beechnut casings, with bronze, to create her sculptures (below left). Whilst Sahar Freemantle’s Enchanted Forest hat, from her Ugly Lovely collection (below right), is made with twigs and old keys. This range draws inspiration from the magpie, combining found objects such as rusty keys and jewels with soft nesting materials, twigs and the shiny cases of beetles. She describes the thieving magpie as “the ultimate recycler.” 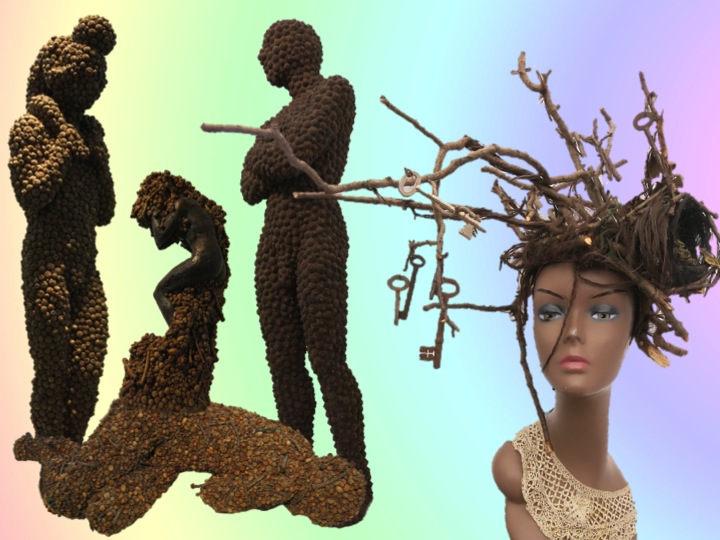 The dandelion, or Taraxacum, is thought to have evolved around thirty million years ago in Eurasia. Dandelions have been used by humans for food and as a herb for much of recorded history. The image above top shows a dandelion lampshade by Jess Shaw, a dandelion lookalike headpiece by Marie Mercié, and a small Diamond Fragile Future Chandelier by Lonneke Gordijn and Ralph Nauta of Studio Drift.

The Fragile Future Chandelier was created using phosphor bronze, along with real dandelion clocks, picked by hand and connected individually to LED lights. The labour-intensive process is a statement against mass production and throwaway culture. “Are the rapid technological developments of our age really more advanced than the evolution of nature, of which the dandelion is such a transient and symbolic example? And could those two evolve together and meet in the future?” ask the designers.

More on primitive style and design in Visuology Magazine Issue 2.