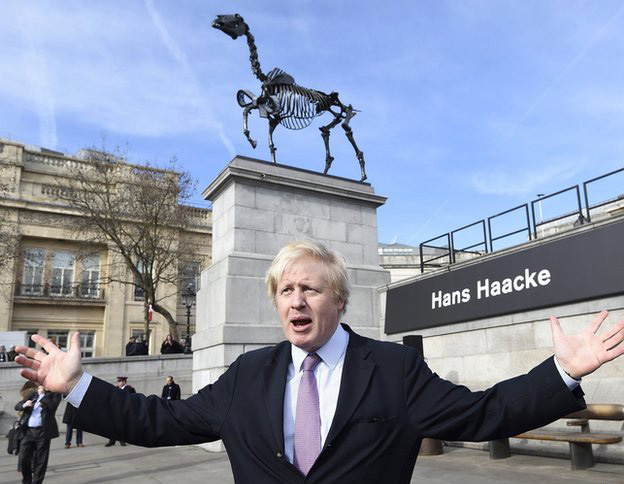 Having a joke at the expense of the art buyer, or even the portrait sitter, is something of a tradition with artists. But what about the tax payer?

The Gift Horse, a skeletal sculpture by German artist Hans Haacke, with live Stock Exchange feed ticker tape, is the latest expensive addition to the London public art scene. The riderlesss horse is a wry reference to the equestrian statue of William IV that was originally planned for the fourth plinth in Trafalgar Square, but never came to fruition due to lack of public funds.

As highlighted in Visuology Magazine Issue 3, the Belle Époque – an era of technological revolution and rapid economic growth – was similar in many ways to the time we are experiencing now. It was also a period of history when patrons of the arts made their fortunes through manufacturing and trade. According to art historian Gerald Reitlinger (1900-1978) this was, “The golden age of the living painter.” In his book A Strange Business: Making Art and Money in Nineteenth–Century Britain, James Hamilton describes how the nouveau riches of Victorian Britain preferred to buy works from living talent, in the same way that oligarchs buy contemporary art today. The scandalous lives of Pre-Raphaelite artists and their circle were well publicised: Late 19th and early 20th century artists were the celebrities of their day, much like YBAs of the late 1980s and early ‘90s. 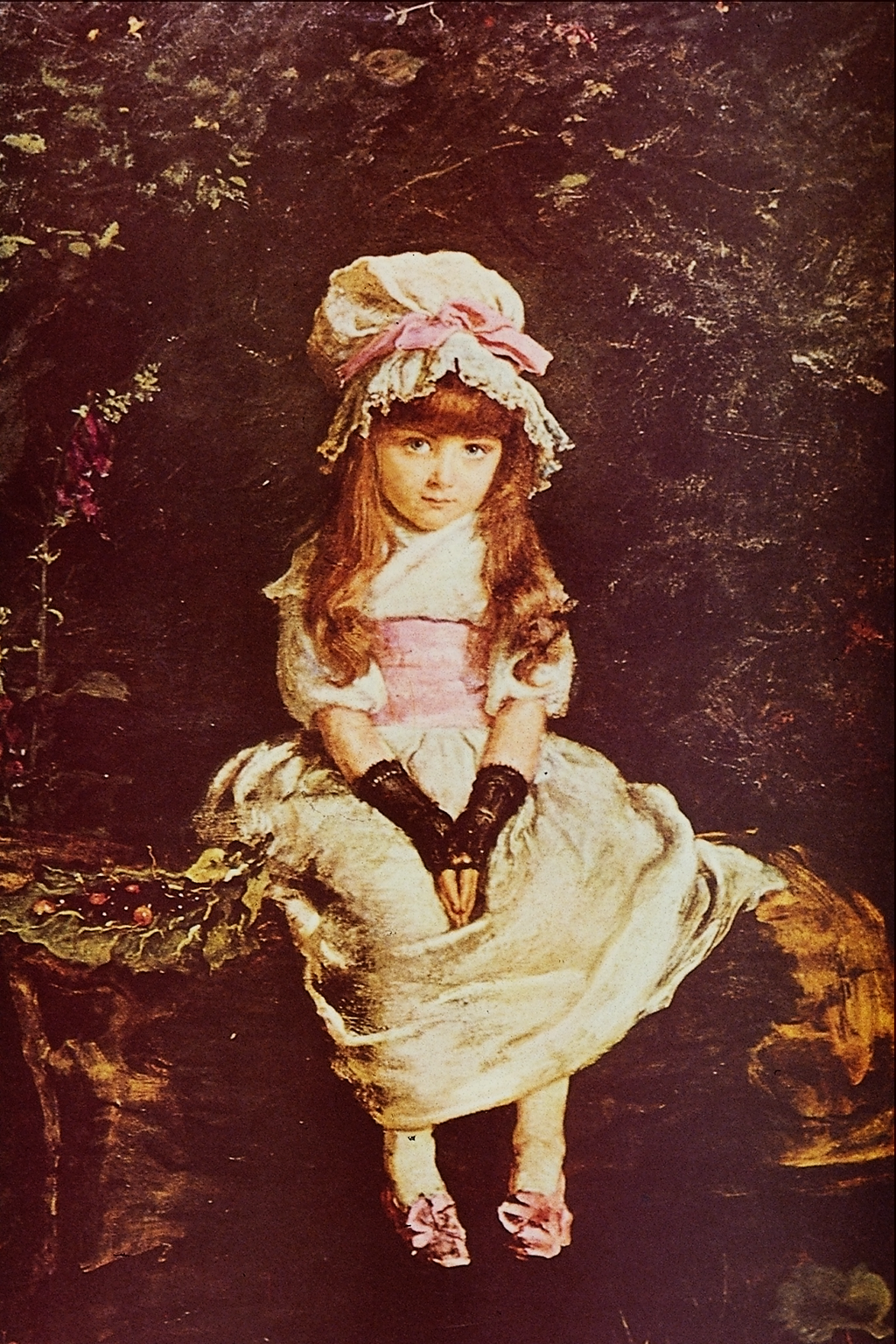 Just as the Internet encourages conformity in tastes in art, everyone seemed to want the same works, by the same few contemporary artists. At the turn of the 20th century, large sums of money were made not just by artists, but also by engravers and print-sellers. The most popular artists made as much money from selling their copyrights to printmakers as they did from original works. The advent of steel engraving instead of copper meant there was almost no limit to how many prints could be made from one plate. Millais sold 600,000 impressions of his portrait, Cherry Ripe. It would be interesting to know how many prints Damien Hirst has sold. 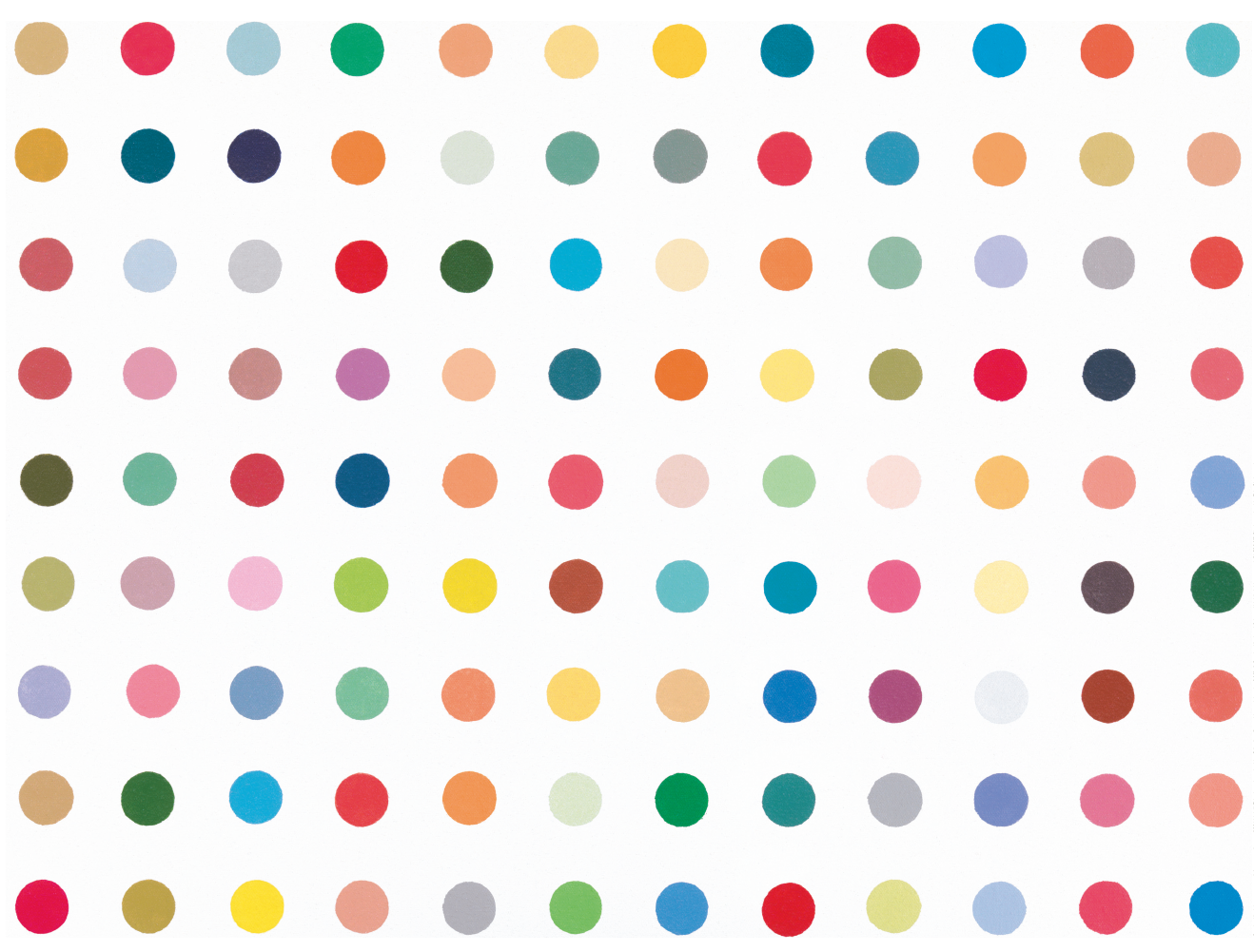 Another similarity between today’s contemporary art market and that of the fin de siècle is the all-pervasive cynicism, weariness and boredom. The fact that this is no is no longer art for art’s sake, but art for money’s sake, is (tongue-in-cheek) flaunted. There is no attempt to conceal the lack of thought, or effort, that goes into creating much of the work. Money may not buy taste or discernment, but so long as there is still plenty of it around, it looks like the contemporary art market will continue to flourish.

The Gift Horse was described by London’s Mayor, Boris Johnson, as “a startlingly original comment on the relationship between art and commerce.” The artist claims to be an advocate of public galleries, who is suspicious of corporate sponsorship and “back-door privatization.” The statue has been funded by the Mayor of London (The National Lottery, The Arts Council via Lottery money and central government funding, and The Greater London Authority via central government and London council-tax payers’ contributions).

Art for art’s sake, or money for God’s sake, Boris?